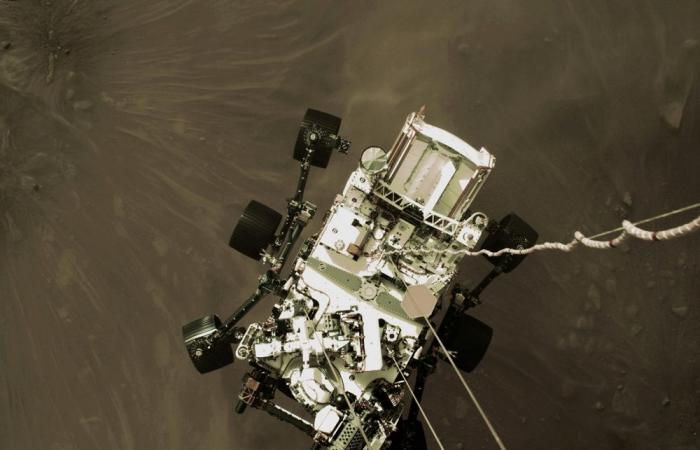 Hello and welcome to the details of Nasa releases first audio from Mars, video of landing and now with the details

WASHINGTON, Feb 23 ― The US space agency Nasa yesterday released the first audio from Mars, a faint wind sound captured by the Perseverance rover.

Nasa also released the first video of the landing of the rover on the Red Planet.

A microphone did not work during the descent but the rover was able to capture audio once it landed on Mars.

Nasa engineers played a short audio clip of what they said was a wind gust on the surface.

The video clip, lasting three minutes and 25 seconds, showed the deployment of the parachute and the rover's touchdown on the surface of Mars in a cloud of dust.

“These are really amazing videos,” Michael Watkins, director of Nasa's Jet Propulsion Laboratory, said at a briefing for reporters. “This is the first time we've ever been able to capture an event like the landing on Mars.”

“I am happy to report that Perseverance is healthy,” Samuels said. ― AFP

These were the details of the news Nasa releases first audio from Mars, video of landing for this day. We hope that we have succeeded by giving you the full details and information. To follow all our news, you can subscribe to the alerts system or to one of our different systems to provide you with all that is new.