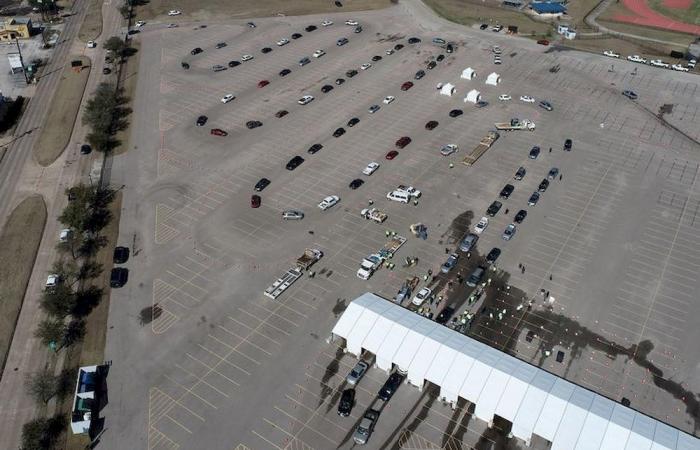 Hello and welcome to the details of CNN: About a third of Texans still facing disrupted water supplies and now with the details

TEXAS, Feb 22 — Some 8.8 million people in Texas, about a third of the state’s population, still had issues with their water supply as of yesterday evening, CNN quoted authorities as saying, after a record-breaking freeze knocked out power stations last week.

Millions of Texans are still being advised to boil water before using, though all power plants were back online over the weekend and power had been restored to most homes as the weather returned to normal.

Officials in Houston, the biggest city in the state, said water there was safe to use without boiling as of yesterday.

The Texas Commission on Environmental Quality (TCEQ) did not respond to a Reuters request for comment on the CNN report.

Texas Governor Greg Abbott said late yesterday that he had joined the Texas Air Guard, the Texas National Guard and the US military to distribute water.

“About 3.5 million bottles of water have been delivered”, the governor said in a tweet.

A deadly winter storm caused widespread blackouts last week across Texas, a state unaccustomed to extreme cold, killing at least two dozen people and knocking out power to more than 4 million people at its peak.

Texas is also bringing in plumbers from out of state to help repair burst pipes, the governor said on Sunday. Homeowners or renters who do not have insurance may be able to seek reimbursement from the Federal Emergency Management Agency (FEMA), he said.

US President Joe Biden approved a major disaster declaration for Texas on Saturday that makes federal funding available to people harmed by the storm, including assistance for temporary housing and home repairs and low-cost loans.

US Representative Alexandria Ocasio-Cortez said late on Sunday that she had amassed US$5 million (RM20.3 million) in her fundraising efforts to help Texans hard hit by last week’s winter storm. — Reuters

These were the details of the news CNN: About a third of Texans still facing disrupted water supplies for this day. We hope that we have succeeded by giving you the full details and information. To follow all our news, you can subscribe to the alerts system or to one of our different systems to provide you with all that is new.