Philippines approves Sinovac coronavirus vaccine but not for all health workers 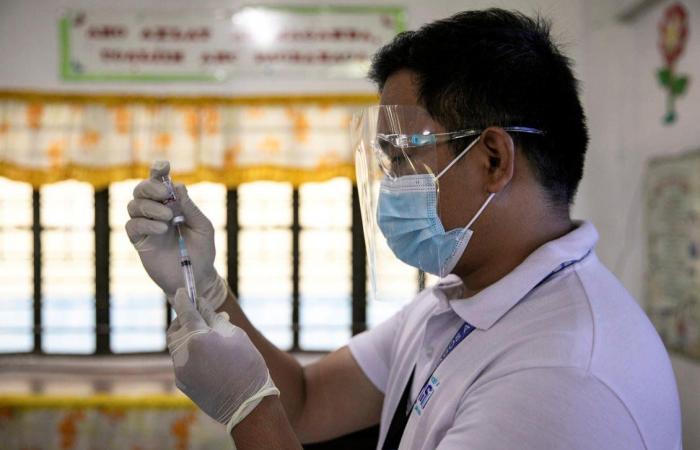 Jeddah - Yasmine El Tohamy - KABUL: President Ashraf Ghani has vowed to block the formation of a provisional government in Afghanistan after calls for the establishment of a temporary setup began to gain ground across the country.

“Be assured that as long as I am alive, they will not see the formation of an interim government. I am not like those willows that bend with the wind,” Ghani said on Saturday while speaking to family members of security forces who had been killed in recent attacks by the Taliban.

He argued that in such a scenario, Afghanistan could face a “similar bloody and chaotic situation like the 1990s” when an interim government replaced the then Moscow-backed administration.

Earlier, Ghani had said that he would transfer power to his successor only after his tenure ended in 2025.

He began his second term as president in March last year.

However, there has been much conversation on the need for a transitional government within Afghanistan, with Russia — which had hosted talks between the Taliban and nonstate Afghan actors twice in recent years — becoming the latest country to endorse the move.

An interim setup would be the ideal solution to end a protracted conflict in the country, Russia said.

“Moscow prefers that all parties to the conflict in Afghanistan agree on the establishment of an inclusive and transitional coalition government,” Russia’s Special Envoy for Afghanistan Zamir Kabulov said in an interview with Sputnik last week.

Answering a question about the Taliban’s alleged plan to take complete control of Afghanistan, the Russian envoy stated that it would be a “bad scenario” if the Taliban insisted on such an approach.

He added that a delay in starting “real” peace talks had led to the “Taliban’s expansion of their area of influence” by exploiting the Afghan government’s reluctance to engage in a vital dialogue. The Taliban, he said, now controls 75 percent of Afghanistan’s territory.

Prior to Moscow’s statement, Mir Rahman Rahmani — the head of the Afghan parliament — a few factional chiefs and two government-appointed negotiators for the US-sponsored intra-Afghan peace talks with the Taliban had made similar demands.

Biden has vowed to review a historic deal — signed between Washington and the insurgent group in February last year — which, among other things, set a May 1 deadline for the complete withdrawal of US troops from the country.

Under the controversial accord, Ghani has also freed thousands of Taliban inmates who had been detained by the government and has engaged in peace talks with the group in Doha, Qatar.

However, in a significant U-turn last week, NATO said that foreign troops would only be withdrawn from the country “when the time was right,” providing much-needed relief to Ghani’s beleaguered and divided government, which is plagued by infighting over various policy measures regarding the peace process.

Stoltenberg said that NATO’s decision was due to the Taliban failing to meet a key criterion of the February accord — to reduce violence and sever ties with Al Qaeda — a charge strongly rejected by the insurgent group.

The Taliban, for their part, have abandoned the intra-Afghan talks with government emissaries and warned Washington against an extended presence of foreign troops in the country.

Experts, however, believe that Ghani might give up his seat of power sooner than later.

“President Ghani might have been told by delegates of some of the countries he has spoken with lately that talks with the Taliban have to be revived and that he might give up power ultimately,” Nasratullah Haqpal, an independent analyst and university teacher, told Arab News.

“Therefore, he is worried about the formation of an interim or transitional government. So now, in every event or session, he says, ‘I will not accept a provisional government at the cost of my life’,” Haqpal added.

Tameem Bahiss, a political analyst on Afghanistan and Pakistan, said that the formation of a provisional government would be a critical topic to revive during the intra-Afghan talks.

“US think tanks and experts are suggesting incentives that could persuade the Taliban to reduce violence and possibly accept an extension for the deadline of the troops’ departure. Dissolving the current government and forming a provisional government will remain a viable option to persuade the Taliban to reduce and possibly end violence,” he added.

Meanwhile, an adviser for the former Afghan administration said the “world had lost the hope of holding transparent polls to elect Ghani’s successor,” citing allegations of fraudulent polls in the past few years.

“This has put Ghani’s presidency under a dark cloud of doubt, and the international community is no longer willing to finance another round of fraudulent elections in Afghanistan,” Torek Farhadi told Arab News.

Farhadi added that, on the other hand, foreign forces were considering an exit in May or a few months later, while several “well-known US experts, including those at the United States Institute of Peace, had warned the Biden administration that Ghani’s government might collapse under the weight of corruption, infighting and Taliban attacks if the US and NATO left now.

“The US, NATO and now Russia, Iran, Pakistan and possibly China believe that Afghanistan’s current situation should be addressed through a political settlement. This translates to forming a coalition government with the Taliban to prevent Afghanistan’s crisis from further endangering the national security of its neighbors,” he said.

These were the details of the news Philippines approves Sinovac coronavirus vaccine but not for all health workers for this day. We hope that we have succeeded by giving you the full details and information. To follow all our news, you can subscribe to the alerts system or to one of our different systems to provide you with all that is new.