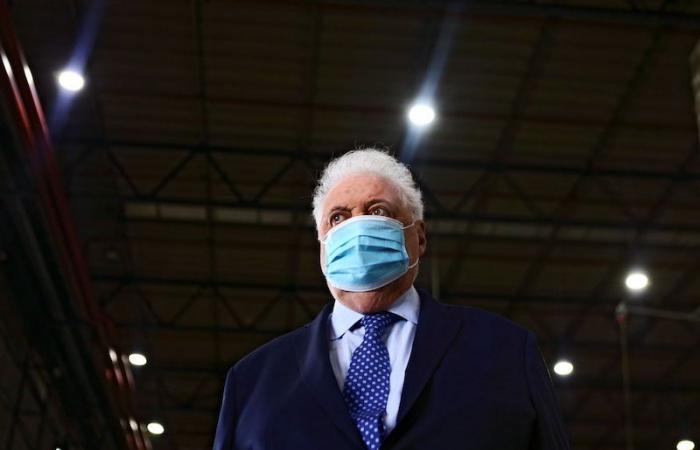 Gines Gonzalez Garcia resigned late on Friday after it emerged he had helped acquaintances cut in line to receive a Covid-19 vaccine.

“Gines was a great minister, and on top of that I like him. But what he did was unforgivable,” Fernandez told the Pagina 12 daily, which said it had spoken to him on Saturday.

“Politics is ethical, we have to end these types of practices, with the Argentine culture of liveliness, craftiness (and) the management of influences.”

Fernandez on Friday asked 75-year-old doctor Gonzalez to resign and a day later replaced him with Carla Vizzotti, 48, a former deputy minister responsible for securing the Russian Sputnik V vaccine for Argentina.

The scandal broke after a 71-year-old journalist, Horacio Verbitsky, announced on the radio that, owing to his longstanding friendship with Gonzalez Garcia, he had been able to get vaccinated in his office ahead of the general population.

Since Argentina began vaccinating its people, only healthcare workers had received the jab until Wednesday, when over-70s in Buenos Aires province were also invited to be immunized.

“I don’t tolerate things like this, nor do I do things like this. I drive my own car; when I wasn’t a government official and I was invited to skip the queue via the VIP lounge, I refused it. As president I cannot allow these privileges to be granted,” said Fernandez.

Local media say the public prosecutor’s office has opened an investigation into the vaccines scandal.

Vizzotti insisted yesterday that “in no way was there a VIP immunisation” programme.

She told Radio 10 that it involved “a small number of people” and that there was no policy of “reserving vaccines for a privileged situation.”

Vizzotti said that from now on there would be “a plan to monitor the administration of vaccines.”

Argentina, a country of 44 million, has received 1.2 million Sputnik V vaccine doses so far along with 580,000 doses of Covishield from the Serum Institute of India.

It has recorded more than two million coronavirus cases and over 51,000 deaths. — AFP

These were the details of the news Argentina president blasts ‘unforgivable’ vaccine line-jump scandal for this day. We hope that we have succeeded by giving you the full details and information. To follow all our news, you can subscribe to the alerts system or to one of our different systems to provide you with all that is new.