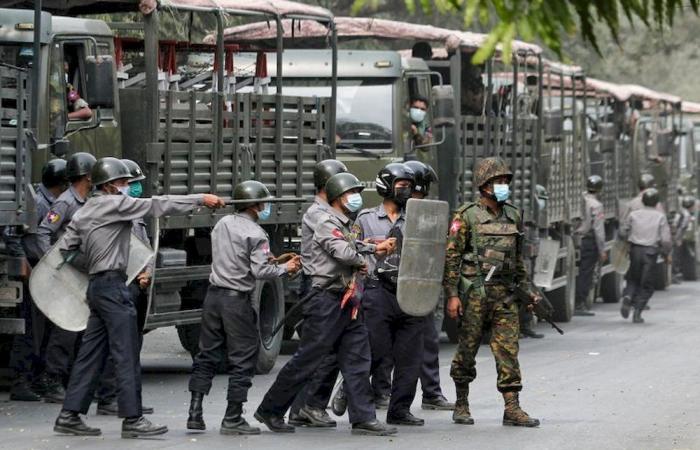 FEB 21 — Myanmar police arrested a famous actor wanted for supporting opposition to a Feb. 1 coup, his wife said today, hours after two people were killed when police and soldiers fired to disperse protests in the second city of Mandalay.

The violence in Mandalay yesterday was the bloodiest day in more than two weeks of demonstrations in cities and towns across Myanmar demanding an end to military rule and the release from detention of elected leader Aung San Suu Kyi and others.

The demonstrations and a civil disobedience campaign of strikes and disruptions show no sign of dying down with opponents of the military sceptical of an army promise to hold a new election and hand power to the winner.

The actor, Lu Min, was one of six celebrities who the army said on Wednesday were wanted under an anti-incitement law for encouraging civil servants to join in the protest. The charges can carry a two-year prison sentence.

Lu Min has taken part in several protests in Yangon.

His wife, Khin Sabai Oo, said in a video posted on his Facebook page that police had come to their home in Yangon and taken him away.

“They forced open the door and took him away and didn’t tell me where they were taking him. I couldn’t stop them. They didn’t tell me.”

Military spokesman Zaw Min Tun, who is also the spokesman for the new military council, has not responded to repeated attempts by Reuters to contact him by telephone for comment.

An activist group, the Assistance Association for Political Prisoners, said yesterday 569 people have been arrested, charged or sentenced in connection with the coup.

In another incident in Yangon last night, a night watchman was shot and killed. The Burmese service of Radio Free Asia said police had shot him but it was not clear why.

Communities have been posting more guards in fear of sweeps by the security forces.

The more than two weeks of protests had been largely peaceful, unlike previous episodes of opposition during nearly half a century of direct military rule, which ended in 2011.

Some of the demonstrators fired catapults at police as they played cat and mouse through riverside streets. Police responded with tear gas and gunfire, and witnesses said they found the cartridges of live rounds and rubber bullets on the ground.

Two people were shot and killed and 20 were wounded, said Ko Aung, a leader of the Parahita Darhi volunteer emergency service.

A young woman protester, Mya Thwate Thwate Khaing, died on Friday after being shot in the head last week as police dispersed a crowd in the capital, Naypyitaw, the first death among anti-coup demonstrators.

The army says one policeman has died of injuries sustained in a protest.

US State Department spokesman Ned Price said the United States was “deeply concerned” by reports that security forces had fired on protesters and continued to detain and harass demonstrators and others.

“We stand with the people of Burma,” Price wrote on Twitter. Myanmar is also known as Burma.

Britain said it would consider further action against those involved in violence against protesters, and the French foreign ministry called the violence “unacceptable.”

“The shooting of peaceful protesters in Myanmar is beyond the pale,” British foreign minister Dominic Raab said on Twitter. “We will consider further action, with our international partners, against those crushing democracy & choking dissent.”

The United States, Britain, Canada and New Zealand have announced limited sanctions since the coup, with a focus on military leaders.

State television MRTV’s evening news broadcast made no mention of the protests or casualties.

The army seized back power after alleging fraud in Nov. 8 elections that Suu Kyi’s National League for Democracy swept, detaining her and others. The electoral commission had dismissed the fraud complaints.

Nevertheless, the army says its action is within the constitution and is supported by a majority of the people. The military has blamed protesters for instigating violence.

Suu Kyi faces a charge of violating a Natural Disaster Management Law as well as illegally importing six walkie-talkie radios. Her next court appearance is on March 1. — Reuters

These were the details of the news Myanmar police arrest actor after two killed in protests for this day. We hope that we have succeeded by giving you the full details and information. To follow all our news, you can subscribe to the alerts system or to one of our different systems to provide you with all that is new.