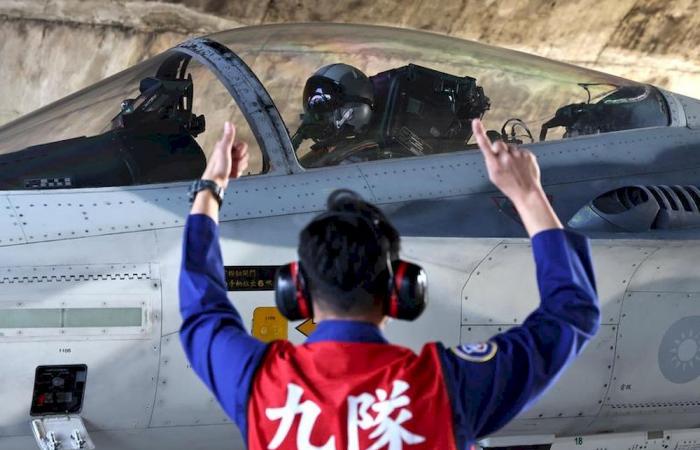 Beijing, which claims Taiwan as Chinese territory, has carried out repeated air missions in the southwestern corner of Taiwan’s air defence identification zone in recent months, mostly near the Pratas Islands.

It said Chinese naval forces were also involved but gave no details.

Taiwan’s air force warned the Chinese aircraft to leave and deployed missile systems to monitor the activity, the ministry said.

China has not commented on the last two days of activities. It previously said such manoeuvres were a response to “collusion” between Taipei and Washington, Taiwan’s main international backer and weapons supplier, and to safeguard Chinese sovereignty.

A spokesman for the US State Department yesterday repeated a call for Beijing “to cease its military, diplomatic, and economic pressure against Taiwan,” adding that it should “instead engage in meaningful dialogue with Taiwan’s democratically elected representatives.”

The Pratas Islands sit in the top part of the South China Sea and are also claimed by China.

Lying roughly between southern Taiwan and Hong Kong, they are only lightly defended by Taiwan and are considered by some security experts as vulnerable to Chinese attack due to their distance – more than 400 km (250 miles) – from mainland Taiwan.

Chinese aircraft fly in the southwestern corner of Taiwan’s air defence zone on an almost daily basis, though the last such large-scale activity was on Jan. 24 when 12 Chinese fighters were involved.

Taiwan on Friday unveiled a reshuffle of senior security officials, including the appointment of a new, US-trained defence minister, to help bolster military modernisation and intelligence efforts in the face of what it sees as a rising Chinese threat. — Reuters

These were the details of the news Taiwan scrambles air force again after Chinese exercises in South China Sea for this day. We hope that we have succeeded by giving you the full details and information. To follow all our news, you can subscribe to the alerts system or to one of our different systems to provide you with all that is new.