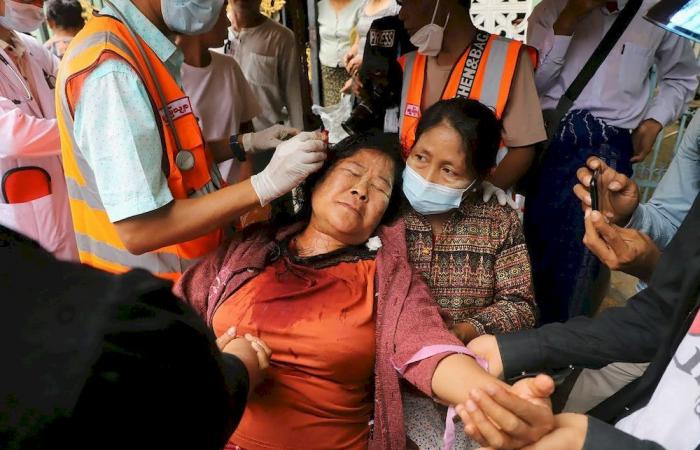 Hello and welcome to the details of Myanmar coup: Protests continue despite crackdown and now with the details

As protests spread across the country, here is a recap of events:

Back to the old days

The generals stage a coup on February 1, detaining Nobel Peace Prize-winner Suu Kyi and other leaders of her National League for Democracy (NLD) party in pre-dawn raids.

In doing so they end Myanmar’s decade-long experiment with democracy after close to 50 years of military rule.

The generals justify the coup by claiming fraud in November’s elections, which the Suu Kyi’s party won in a landslide.

The junta proclaims a one-year state of emergency, and promises to hold fresh elections after that without offering a precise timeframe.

The putsch draws global condemnation, from the Pope to the new US President Joe Biden.

Two days after the coup, authorities bring an obscure charge against 75-year-old Suu Kyi — over unregistered walkie-talkies at her home, an offence under Myanmar’s import and export law.

Resistance to the coups begins with the nightly clamour of people banging pots and pans — a practice traditionally associated here with driving out evil spirits.

The junta orders telecom networks to block access to social media platforms including Facebook, which is extremely popular in this country.

On February 6 it imposes a nationwide internet shutdown before lifting the blackout a day later.

Suu Kyi, not seen in public since the coup, is under house arrest and “in good health”, her party say.

Popular dissent surges over the weekend of February 6 and 7, with tens of thousands of people gathering on the streets calling for the release of Suu Kyi.

On February 8 defiance spreads with a third straight day of protests and a nationwide strike as hundreds of thousands of people join anti-coup rallies across Myanmar.

Riot police fire water cannon in a bid to disperse thousands gathered on a highway in the administrative capital Naypyidaw.

The military warns of a crackdown and imposes night-time curfews in Yangon, Mandalay and Naypyidaw — the country’s three biggest cities — as well as several other locations around Myanmar.

But despite bans on demonstrations or gatherings of more than five people, the protests continue.

Two people are wounded after police fire on crowds in Naypyidaw on February 10, with one young woman shot in the head. Water cannon trucks spray protesters in multiple cities and tear gas is deployed in Mandalay.

Despite the violence and a raid on the Yangon party headquarters of the National League for Democracy, tens of thousands of people take to the streets of the city for a fifth successive day.

Condemnation of the military also increases with UN special rapporteur Tom Andrews saying the new junta “can’t steal the hope and resolve of a determined people”.

On February 12, the UN adopts a resolution demanding the immediate release of Suu Kyi and deems the use of violence against protesters “unacceptable.”

Some armoured vehicles are briefly spotted moving around Yangon, with the US embassy in Myanmar warning on the 14th of military troop movements.

That night security forces fire on a protesters and arrest journalists in the country’s north, and the junta cuts internet access once more.

On February 16 Suu Kyi’s lawyer says the regime had hit her with a second charge, this time under the country’s natural disaster management law.

The next day thousands rally in Yangon once more vowing to “fight til the end”, despite the build-up of troops and fears of escalating violence.

On February 19 one of the protesters shot 10 days earlier dies, becoming a symbol of the junta’s repression for demonstrators who continue to mobilize. The junta also reports the death of a police officer.

The next day two more demonstrators are killed and around 30 injured as police fire on protests in Mandalay.

It is the deadliest day in the two weeks of anti-coup demonstrations, and comes amid fresh international condemnation.

Since the putsch, nearly 550 people have been arrested, according to an NGO that assists political prisoners. Only about 40 have been released. — AFP

These were the details of the news Myanmar coup: Protests continue despite crackdown for this day. We hope that we have succeeded by giving you the full details and information. To follow all our news, you can subscribe to the alerts system or to one of our different systems to provide you with all that is new.