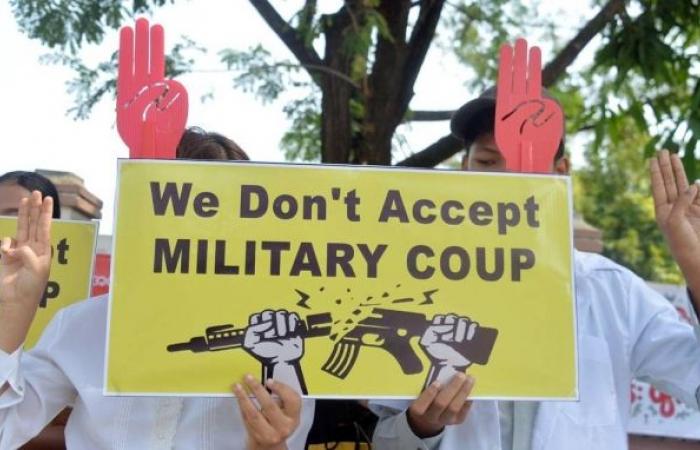 Hind Al Soulia - Riyadh - YANGON — Two people have been killed and dozens left injured in Myanmar after security forces opened fire on a protest against the junta which has taken power in a military coup.

Police reportedly opened fire with live ammunition in the city of Mandalay on Saturday, injuring at least 30, and killing two.

Opponents of Myanmar's coup took to the streets again on Saturday with members of ethnic minorities, writers and poets and transport workers among those coming out to demand an end to military rule and the release of Aung San Suu Kyi and others.

Protests against the Feb 1 coup that overthrew the elected government of the veteran democracy campaigner have shown no sign of dying down, with demonstrators skeptical of a military promise to hold a new election and hand power to the winner.

Several other serious injuries were also reported. The shootings occurred near the Yadanabon dock, where tear gas and rubber bullets were used on protesters earlier in the day.

Some 500 police and soldiers descended on the area after dock workers joined the national civil disobedience movement, refusing to work until the military junta that seized power in a Feb. 1 coup reinstates the democratically elected government.

Protesters and residents were forced to flee the neighborhood amid the violence, as security forces chased after them.

Earlier in the week in Mandalay, security forces cracked down on state railway workers in a similar fashion after they joined the civil disobedience movement.

Less than an hour after the 8 p.m. curfew started on Wednesday, gunshots were heard as more than two dozen police officers with shields and helmets marched past railway workers’ housing.

Numerous videos posted on social media showed muzzle flashes as shots were heard, and some police shot slingshots and threw rocks at the buildings.

Meanwhile tributes were paid on Friday to a young protester who died more than a week after she was shot in the head by police.

Around 200 people came to light candles and place flowers by a photograph of Mya Thwet Thwet Khine, who was shot while protesting on Feb. 9 — two days before her 20th birthday.

"The sadness from her death is one thing, but we've also got courage to continue for her sake," student protester Khin Maw Maw Oo said at the Naypyidaw ceremony. "We need 100 people to stand up and take her place."

Her death on Friday, announced by her family, was the first confirmed fatality among thousands of protesters who have faced off against security forces since top military commander Min Aung Hlaing took power in the coup.

The United States was saddened by the death and condemned the use of force against demonstrators, a State Department spokesman said. The army says one policeman has died of injuries sustained in a protest.

Ke Jung, a youth leader from the Naga minority and an organiser of a Saturday protest by minorities in Yangon, said the protesters were also demanding a federal system.

While some minority parties doubted Suu Kyi's commitment to the cause of federalism, now was the time for all opponents of the military to unite, he said.

"We can't form a federal country under dictatorship. We can't accept the junta," he told Reuters. "We must win this fight. We stand together with the people. We will fight until the end of dictatorship."

Salai Mon Boi, a youth leader from the Chin minority, said the Saturday protest, which happened to fall on Chin National Day, was focused on four demands: Getting rid of the Constitution, ending dictatorship, a federal system and the release of all leaders.

"There are some people who don't like NLD but we're not talking about the NLD," he said.

Across the country, protests showed no signs of slowing down despite recent crackdowns by the military government — including a sixth consecutive night in which the internet was cut for many hours.

The junta seized power after detaining Aung San Suu Kyi, the elected head of government, and preventing Parliament from convening, saying elections in November were tainted by voting irregularities.

The election outcome, in which Suu Kyi’s party won by a landslide, was affirmed by an election commission that has since been replaced by the military. The junta says it will hold new elections in a year’s time. — Agencies

These were the details of the news Two people reportedly killed at Myanmar protests for this day. We hope that we have succeeded by giving you the full details and information. To follow all our news, you can subscribe to the alerts system or to one of our different systems to provide you with all that is new. 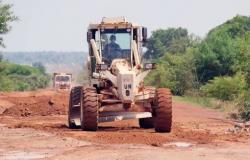