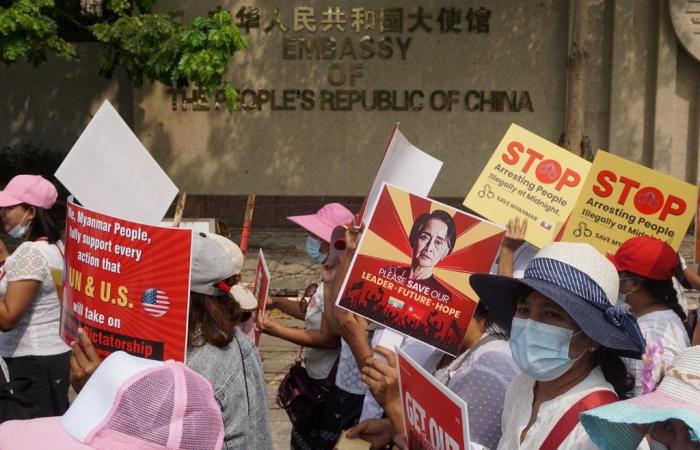 NEW DELHI: For the first time in six years, the international Jaipur Literature Festival (JLF) welcomed Pakistani writers as it opened on Friday in a virtual format introduced in the wake of the pandemic.

The festival, held annually for the past 14 years in the northern Indian city of Jaipur and known as the “greatest literary show on Earth,” has not featured Pakistani participants lately. Relations between the two South Asian neighbors have been especially tense since the ascent to power of Indian Prime Minister Narendra Modi in 2014.

Ties between the two nations have been shaped by a bitter rivalry since the partition of British-ruled India into Muslim Pakistan and majority Hindu India in 1947. Two of the three wars they have fought have been over the disputed region of Kashmir, which both claim in full but rule in part.

This year, however, at least seven Pakistanis, including novelists Moni Mohsin, H.M. Naqvi and activist and Nobel Prize laureate Malala Yousafzai, will be among over 300 speakers participating in different sessions of the JLF over the next 10 days.

“What’s happening in the literature in Pakistani is remarkable, there are many great writers there and we want them here every year. But it was not possible to get visas for them,” William Dalrymple, one of the JLF’s directors and renowned historian of the British Empire and India, told Arab News on Friday.

“In the earliest festivals, when the relationship between India and Pakistan was good, we had a great melee of Pakistani speakers,” he said, adding that this year Pakistanis can participate because the venue has moved online.

The same is happening in Pakistan at the current Lahore Literary Festival.

“Looking at the Lahore Lit festival program, it’s full of Indian speakers this year because it is virtual. Earlier, they had difficulties in getting in Indian speakers,” Dalrymple said.

He added: “The directors of JLF and the Lahore Lit would like to have a peace breakout between India and Pakistan and cooperate in the field of literature and culture.”

The JLF’s co-director, writer and translator Namita Gokhale, said she was delighted that Pakistani writers will be present this year.

Festival director William Dalrymple says this year the participation of Pakistanis is possible as the venue has moved online.

“We have always had writers from Pakistan as there is such excellent writing happening with both locally based and diasporic writers,” she told Arab News. “In recent years, visas were sometimes a challenge.”

“I’m particularly delighted to have Moni Mohsin with us,” Gokhale said. “Looking forward immensely to the Malala Yousafzai session, and then there is H.M. Naqvi, and Samira Shackle.”

Last year, more than a million visitors attended the JLF in the 19th-century Diggi Palace Hotel in Jaipur Dalrymple admitted that this year’s online platform “cannot mirror the excitement of being in the crowded festival.”

“However, in terms of programming and the quality of sessions, it’s probably higher than previous years.”

Among other prominent names in the JLF this year are Douglas Stuart, the winner the 2020 Booker Prize, and prominent American social scientist and linguist Noam Chomsky.

The show will cover a wide range of themes such as politics, environment, history, economics, and democracy. As it comes at a time when India is more than ever polarized across religious lines, facing an onslaught on its pluralist ethos, Gokhale believes that JLF has the “capacity to address polarization.”

“A literary forum such as ours has the capacity to address polarization by presenting diverse and different perspectives and by getting writers and speakers and audiences to speak and listen to each other,” she said.

Sanjoy K Roy, producer of the JLF, says this year’s festival is an example of “human endurance.”

“A year after the world was felled by the pandemic, we have persevered and shown that human endurance can and will prevail, fueled by knowledge and information, empathy and the right to justice,” he told Arab News.

“The Jaipur Literature Festival is representative of these ideals and will continue to be a platform to celebrate the joy of knowledge.”

These were the details of the news Anti-Chinese rallies in Myanmar as rumors spread Beijing supported coup  for this day. We hope that we have succeeded by giving you the full details and information. To follow all our news, you can subscribe to the alerts system or to one of our different systems to provide you with all that is new.

PREV Afghanistan mourns 60 schoolgirls killed in deadliest attack in years
NEXT Blinken, Austin urged to do more to protect Afghans who worked for US