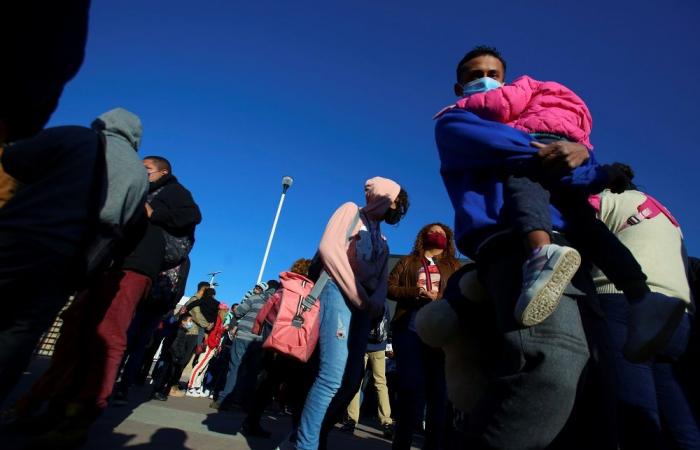 SAN DIEGO, Feb 20 ― A group of 25 asylum seekers was allowed into the United States yesterday, advocates said, the start of an effort to unwind one of former President Donald Trump's most restrictive immigration policies, which forced thousands to wait in Mexico for their US cases to be heard.

President Joe Biden pledged during his campaign that he would immediately rescind the Trump policy, known as the Migrant Protection Protocols (MPP), under which more than 65,000 mostly Central American asylum seekers were denied entry and sent back across the border pending court hearings. Most returned home but some stayed in Mexico in sometimes squalid or dangerous conditions, vulnerable to kidnapping and other violence.

Now they will be allowed into the United States to wait for their cases to be heard in immigration courts.

The effort started slowly yesterday at a port of entry in San Ysidro, California, where the 25 MPP asylum seekers were allowed to cross the border and will now quarantine in a local hotel, according to the non-profit organisation Jewish Family Service of San Diego.

At a migrant encampment in Matamoros, Mexico, several dozen asylum seekers lined up outside a makeshift school to sign up online for an appointment to be processed at the US-Mexico border.

Sandra Andrade, a Salvadoran who has been waiting in Mexico for over a year to resolve her US case, talked on video chat with her two daughters in Boston as she waited in line.

On the Tijuana side of the border crossing, about 300 migrants gathered in the morning, even as Mexican officials told them they would not be able to cross without registering ahead of time. Some had slept outside the previous night.

The effort will expand in the coming week to two additional ports of entry in Texas, including one near a migrant encampment in Matamoros, Mexico, according to a US Department of Homeland Security (DHS) spokeswoman.

In Matamoros, dozens of migrants waited in front of a humanitarian organisation building after hearing that people in the MPP programme would soon be allowed to cross into the United States. Inside, the phone rang off the hook.

The confusion was compounded by an apparent delay in the launching of a website yesterday that allows migrants with active cases to register remotely to be processed at the US-Mexico border. The site came online later in the day.

Biden began overturning Trump's hardline immigration policies on January 20, his first day in office, when he lifted a travel ban on 13 mostly Muslim-majority and African countries, halted construction of the US-Mexico border wall and reversed other measures.

Democrats on Thursday formally introduced Biden's sweeping immigration bill in Congress, a measure that would provide a path to US citizenship for an estimated 11 million immigrants in the country illegally.

The Biden administration is treading carefully in its efforts to process asylum seekers, wary that the policy shift could encourage more migrants to trek to the US-Mexico border. US officials say anyone who seeks to enter and does not have an active MPP case will be immediately expelled.

The administration estimates that only 25,000 people out of the more than 65,000 enrolled in MPP still have active immigration court cases and is set to begin dealing with that group yesterday. But it has cautioned that the efforts will take time.

Biden officials say they expect eventually to process 300 people per day at two of the ports.

A group of Republican lawmakers sent a letter to Biden on February 10 that said allowing the asylum seekers stranded in Mexico to enter the United States “sends the signal that our borders are open.”

The United States, Mexico and international organisations have scrambled in recent days to figure out how to register migrants, transport them to the border, test them for Covid-19 and get them to their destinations in the United States, people familiar with the effort said.

The fast-moving process and lack of information from US officials has frustrated some advocates eager to assist the effort.

The situation has taken on urgency as a winter storm has brought frigid temperatures to much of the southern United States and northern Mexico.

Migrants in the Matamoros encampment have reported families struggling to stay warm in makeshift tents lacking insulation or other protection from the cold. The camp has grown in recent weeks as migrants anticipate the end of the MPP programme, informally known as “remain in Mexico.”

Those seeking asylum may not have their cases resolved for years due to Covid-related immigration court closures and existing backlogs, according to Aaron Reichlin-Melnick, policy counsel at the American Immigration Council which provides legal services to immigrants.

The delay would give the Biden administration time to reverse some Trump policies that sought to make it harder to win asylum, he said. Perla Vargas, a Nicaraguan asylum seeker in Matamoros, was among the first to set up a tent near the banks of the Rio Grande River in the summer of 2019, after she was returned to Mexico with her daughter and her two grandchildren to wait for their US court cases to be resolved.

On Thursday, Vargas handed over the keys to the makeshift school that she helped found, in advance of what she hoped was her imminent departure.

“The children ask me, 'Is the school going to miss me?'“ Vargas said.

These were the details of the news Two dozen asylum seekers enter US as Biden unwinds Trump programme for this day. We hope that we have succeeded by giving you the full details and information. To follow all our news, you can subscribe to the alerts system or to one of our different systems to provide you with all that is new.