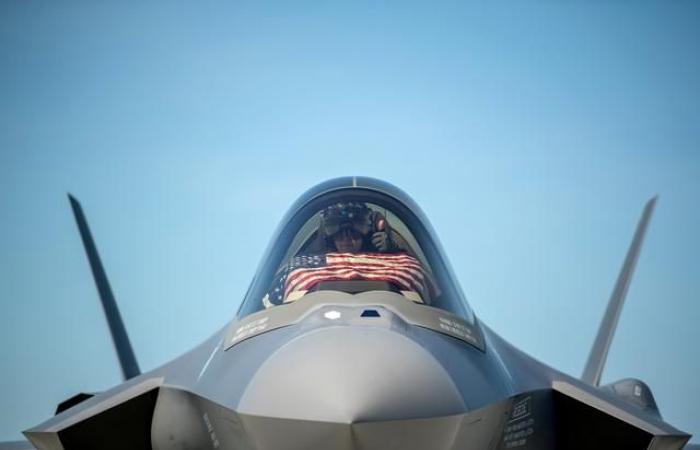 Mohamed Nass - Cairo - ANKARA (Reuters) – Turkey has hired a Washington-based law firm to lobby for its readmission to the US F-35 fighter jet program after it was suspended over its purchase of Russian air defenses, a contract filed with the US Department of Justice showed.

Ankara had ordered more than 100 stealth fighters and has been making parts for their production, but was removed from the program in 2019 after it bought the Russian S-400 missile defense systems, which Washington says threaten the F-35s.

It has now hired law firm Arnold & Porter for “strategic advice and outreach” to US authorities, in a six-month contract worth $750,000 which started this month.

Ankara has said its removal from the program was unjust, and President Tayyip Erdogan has said he hopes for positive developments under US President Joe Biden.

Arnold & Porter will “advise on a strategy for the SSB and Turkish contractors to remain within the Joint Strike Fighter Program, taking into consideration and addressing the complex geopolitical and commercial factors at play,” the contract said.

Despite Turkey’s removal from the program, and sanctions imposed on Turkey’s defense industry in December, the Pentagon has said it will continue to depend on Turkish contractors for key F-35 components.

Turkey’s communications director Fahrettin Altun said Turkey had already paid for some F-35 jets. “Even a hangar fee was taken from Turkey for the jets it could not take delivery of,” he told a NATO-related event on Thursday.

Defense Minister Hulusi Akar, speaking after a NATO defense ministers’ meeting, said he had “brought to the clear attention of our allies that licensing restrictions, attempts for sanctions or even the threat of sanctions against Turkey” only weaken the alliance.

These were the details of the news Turkey hires US lobbying firm to return to F-35 jet program for this day. We hope that we have succeeded by giving you the full details and information. To follow all our news, you can subscribe to the alerts system or to one of our different systems to provide you with all that is new.