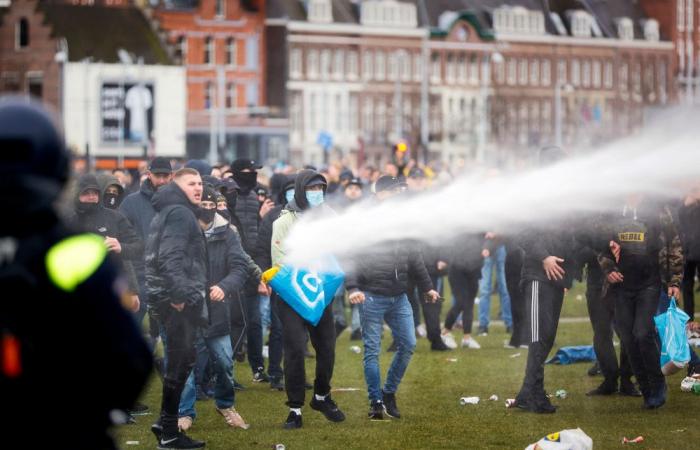 The hearing came on a crunch day for the Netherlands’ anti-Covid measures with the senate set to vote on a fast-track law that would reinstate the curfew even if the government loses the case.

A lower court judge ordered the government to immediately lift the curfew on Tuesday, saying that such measures could only be used in sudden national emergencies such as a dyke breach.

Government lawyer Reimer Veldhuis said that the curfew was introduced on January 23 to stop a “worrisome” surge of Covid-19 cases due to a new variant first found in Britain.

“Just before the introduction of the curfew, the water splashed against the dyke,” Veldhuis told the appeals court in The Hague.

“To stay in the metaphor, the water level had to go down as quickly as possible to make room for the new wave.”

Judges have allowed the 9pm to 4:30am curfew, the first in the Netherlands since the Nazi occupation in World War II, to remain in effect pending the outcome of Friday’s hearing.

It was not clear whether the judgement would come on Friday or be announced at a later date.

The case was launched by Covid-sceptic group Virus Truth, which has organised a series of protests via social media against coronavirus restrictions.

Prime Minister Mark Rutte has said he would await the court’s decision before bringing into effect a law that would reinstate the curfew anyway.

The lower house of parliament backed the law yesterday and the upper house will vote on it later Friday.

Opposition MPs criticised Rutte over the issue, with one calling him the “dictator of the low countries.’

Rutte is governing as caretaker PM until elections next month after his government resigned in January over a scandal involving childcare payments.

The Dutch government is meanwhile due to decide next week whether to extend the curfew past March 2 along with other measures such as the closure of non-essential shops, bars and restaurants. — AFP

These were the details of the news Dutch government urges court to keep Covid curfew for this day. We hope that we have succeeded by giving you the full details and information. To follow all our news, you can subscribe to the alerts system or to one of our different systems to provide you with all that is new.