Spanish govt will confront any form of violence, says PM 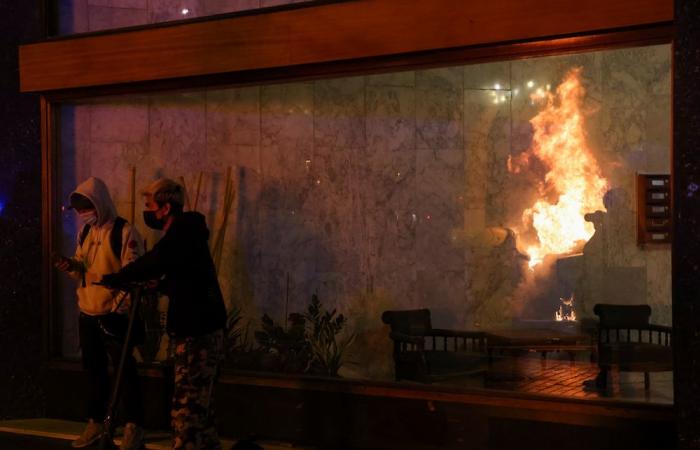 Hello and welcome to the details of Spanish govt will confront any form of violence, says PM and now with the details

MADRID, Feb 19 — Spain’s government will confront all forms of violence, Prime Minister Pedro Sanchez said today following the third night of violent protests over the jailing of a rapper for controversial tweets.

“Democracy never, ever justifies violence,” the Socialist leader said in his first public condemnation of the unrest which has been applauded by his junior coalition partner, the hard-left party Podemos.

Spain’s conservative opposition has lambasted the premier for not publicly condemning the violent protests and called for him to break with Podemos over the party’s support for the demonstrators.

Angry demonstrations first erupted on Tuesday night after police detained rapper Pablo Hasel, 32, who was holed up in a university in Catalonia to avoid going to jail in a case which has raised concerns about free speech in Spain.

“Violence is an attack on democracy. Consequently the Spanish government will confront any kind of violence,” Sanchez said.

“In a full democracy—which Spain is—the use of any kind of violence is unacceptable. There is no exception to this rule,” he added, in reference to remarks by Podemos leader Pablo Iglesias in which he said Hasel’s jailing raised questions about Spain’s democracy.

About 100 people have been arrested since the protests began, including 16 overnight in Barcelona and the eastern city of Valencia, and dozens of people have been injured, according to local authorities.

Among them is a young woman who lost an eye on Tuesday night in Barcelona after being hit by a foam round fired by police to dispel demonstrators.

Protesters have thrown rocks and other objects at police, set up barricades with garbage containers and torched street furniture.

Although most of the protests started in Catalonia, where the rapper is from, they have spread to other cities including Madrid where another rally will take place tomorrow.

The clashes have exposed a stark divide in Spain’s leftwing coalition with Podemos MP Pablo Echenique tweeting his backing for the protesters as the violence raged in Madrid and Barcelona on Wednesday night.

“All my support to the young anti-fascists who are demanding justice and freedom of expression in the streets,” he wrote, triggering a flood of condemnation from across the political spectrum.

Podemos emerged out of the anti-austerity “Indignados” protest movement that occupied squares across Spain in 2011.

Although the government said last week it would seek to make free speech laws less restrictive, the move does not affect Hasel’s jailing with Podemos saying it would request a pardon for him.

Known for his hard-left views, Hasel was arrested after failing to turn himself in last week to start a nine-month sentence over tweets calling former king Juan Carlos I a mafia boss and accusing police of torturing and killing demonstrators and migrants.

Catalan students unions have called for a strike and a protest on Friday over the arrest of the rapper. — AFP

These were the details of the news Spanish govt will confront any form of violence, says PM for this day. We hope that we have succeeded by giving you the full details and information. To follow all our news, you can subscribe to the alerts system or to one of our different systems to provide you with all that is new.