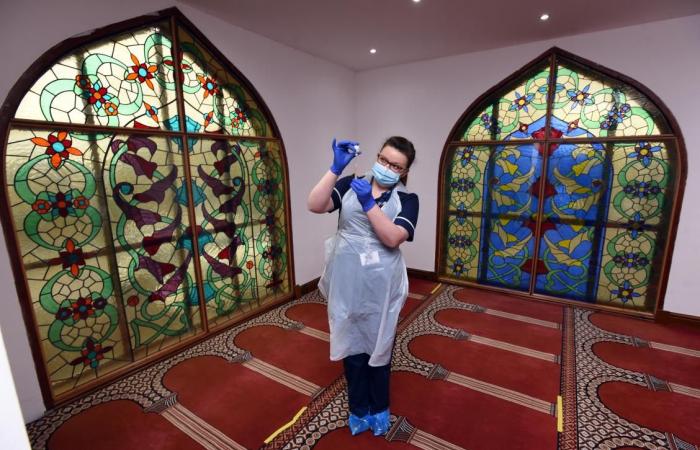 Jeddah - Yasmine El Tohamy - LONDON: A British Muslim has launched a campaign to provide clear and accessible information on COVID-19 vaccines in an effort to counter the misinformation “wildfire” surrounding them.

Kawsar Zaman, a successful barrister who launched the Take the COVID-19 Vaccine Campaign, told Arab News that the importance of providing coherent and accessible information became clear to him when he tried to persuade his mother to trust the science.

“I asked her whether she wanted to take the vaccine, and although she’s in a high-risk category, she said no. She was concerned about side effects and the unusually rapid pace of the vaccine development — just 12 months,” he said.

When he tried to find information to assuage her concerns in her native Bengali language, he realized how difficult it is to find accessible information about the vaccines, especially if English is not one’s mother tongue.

That is why he launched his campaign with one clear and simple mission: “To encourage people to take the vaccine.”

Zaman said: “What I found is that information at the moment is very piecemeal. If you want to find out about the production of vaccines, for example, you have to go to the British government’s healthcare regulatory agency website or the World Health Organization’s website. But if you want to find out about specific vaccine ingredients, you have to go directly to the manufacturer’s website.”

He added: “What we’ve done, and which was one of the key objectives, is bring all of that information under one website.”

It provides key information on the vaccines, and addresses around 50 of the most commonly asked questions about them. Critically, he said, the information is provided in 18 languages.

Zaman added that the importance of including many languages becomes clear when looking at the impact of the COVID-19 crisis on the UK’s sizable ethnic minority populations.

He cited the example of Bangladeshis living in the UK, who are twice as likely, and in some areas three times as likely, to die from COVID-19.

Despite this, “uptake of the vaccine has been very low among some minority groups, while deaths and cases have been high,” he said.

“But if people can’t access clear information about vaccines, you can understand their hesitancy.”

Zaman explained that historical trust issues from minority groups, as well as government messaging strategies that do not connect with their intended audiences, have meant those communities are less willing to take the vaccine.

This has been compounded by the capacity of misinformation, such as the widely debunked idea that the vaccines are not halal, to spread “like wildfire” through closely knit families and communities.

But while the challenges remain significant in countering the spread of this dangerous fake news, Zaman said the value of his campaign has already been recognized at the highest levels of government.

The campaign has drawn bipartisan support from over 100 MPs and members of the House of Lords.

Zaman said Lord Sheikh of Cornhill “has been instrumental in championing and raising vaccine uptake issues in Parliament.”

Zaman has also met with the vaccines taskforce, and will soon meet with Nadhim Zahawi, who is overseeing the UK’s vaccine rollout.

Across these meetings, Zaman said, he has been hammering home the point that getting local community hubs and leaders involved is key to increasing trust in the vaccines.

“We need to persuade people medically. It’s ultimately a medical question. We need to get the message across that on the balance of risks, you should take the vaccine.”

These were the details of the news Northern England mosque opens its doors as COVID-19 vaccination center for this day. We hope that we have succeeded by giving you the full details and information. To follow all our news, you can subscribe to the alerts system or to one of our different systems to provide you with all that is new.