One in two S. Africans infected by Covid, say study and estimates 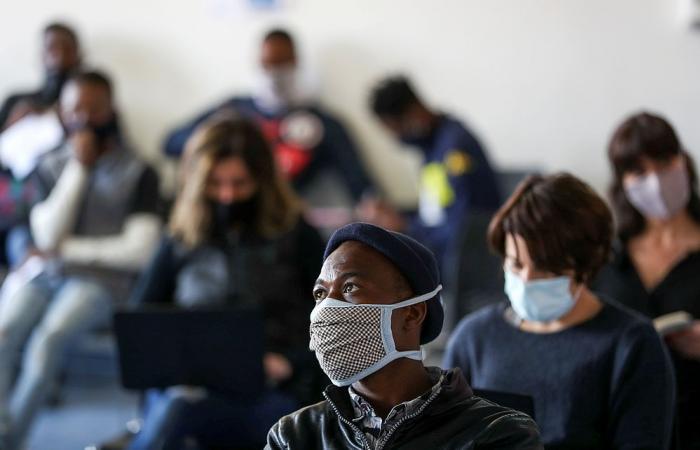 Hello and welcome to the details of One in two S. Africans infected by Covid, say study and estimates and now with the details

JOHANNESBURG, Feb 18 — Around half of South Africa’s population may have already been infected by coronavirus, a figure far higher than the documented tally, a study and analysis of death figures suggest.

Samples taken from almost 5,000 blood donors across four South African provinces in January showed that between 32 and 63 per cent had antibodies to the coronavirus.

The figure compares with clinically confirmed case rates of just two to three per cent, according to South African research that was released online last week, but has not yet completed peer review.

People with confirmed or suspected Covid-19 are unable to donate blood for 14 days, and therefore less likely to be sampled, she explained.

Antibodies are a telltale of an individual’s exposure to the virus, but not a confirmation that the person has fallen sick from it.

Most antibodies were detected in the Eastern Cape and KwaZulu-Natal provinces.

Both were epicentres of South Africa’s second infection wave when it started in December.

Officially, South Africa has recorded close to 1.5 million coronavirus cases, of which just under 48,500 have been fatal — the highest toll in Africa.

But emerging data suggests this figure is under-estimated, a statistician says.

According to the South African Medical Research Council (SAMRC), more than 140,000 excess natural deaths have occurred since May last year.

The SAMRC does not give details as to the cause of these extra deaths.

But the chief statistician with leading private medical insurer Discovery said that, based on his observations, around 90 per cent of those extra fatalities are attributable to Covid-19.

If so, the real death toll from coronavirus in South Africa would exceed 120,000, chief actuary Emile Steep told AFP.

“Covid deaths are under-reported in almost every single country in the world,” Steep said in a phone interview on Wednesday.

“Many people who are vulnerable to Covid have a lot of other conditions... so the cause is always hard to define.”

It is also easy to misrecord deaths at the height of a pandemic, when “medical staff (are) running around trying to save lives”, he added.

The South African variant of the coronavirus, which is more transmissible and more resistant to existing vaccines than its original form, accounts for some 90 per cent of the country’s second wave of cases, scientists say.

The country kicked off its long-awaited inoculation campaign on Wednesday with jabs developed by US pharmaceutical giant Johnson & Johnson. — AFP

These were the details of the news One in two S. Africans infected by Covid, say study and estimates for this day. We hope that we have succeeded by giving you the full details and information. To follow all our news, you can subscribe to the alerts system or to one of our different systems to provide you with all that is new.