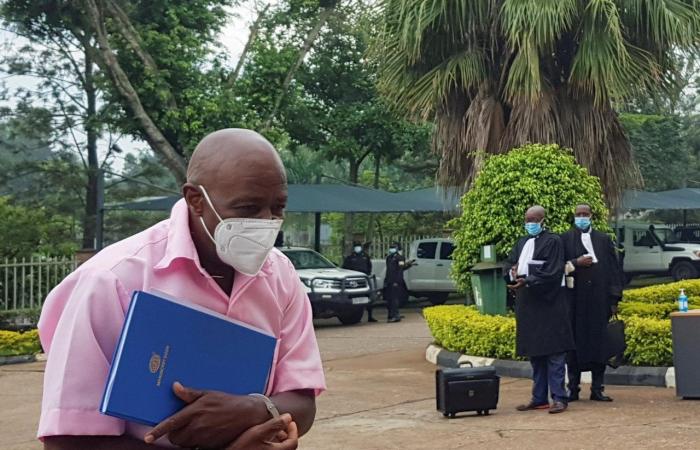 Mohamed Nass - Cairo - KIGALI (Reuters) – Paul Rusesabagina has faced down murderous militias and been feted in Hollywood. On Wednesday, the former hotelier, depicted as a hero in a movie about Rwanda’s 1994 genocide, will defend himself against charges of terrorism in a Kigali courtroom.

His family say Rusesabagina, a harsh critic of President Paul Kagame, is in poor health and his trial is a sham. Rwanda’s government says he has fomented violence and directed deadly attacks on its territory from exile.

“We don’t expect a fair trial,” his daughter Carine Kanimba, told Reuters on Tuesday. “This hearing will be a theatre.”

The trial has thrust a spotlight not just on Rusesabagina, but on Kagame, whom rights groups accuse of using authoritarian means to quash political opposition and extend his 21-year presidency. Several high profile political dissidents have been murdered abroad; the government has denied any involvement.

Kagame denies any accusations of abuses and has enjoyed widespread support from Western donors for restoring Rwanda to stability, cracking down on corruption and boosting economic growth in the East African nation of 12 million.

His daughter said that the charges against her father were fabricated and that he was denied his choice of defence lawyers. His defence team was appointed by the government of Rwanda, which has said he is free to change them. He also has one Rwandan lawyer appointed by the family, although international lawyers have not been allowed to join his team.

Judiciary spokesman Harrison Mutabazi said Rusesabagina was being tried like any other citizen.

“We give justice with due process,” he told Reuters on Tuesday.

Rusesabagina’s case has attracted international attention partly because the Oscar-nominated 2004 film “Hotel Rwanda”, was based on his life.

The movie shows how Rusesabagina, played by Don Cheadle, used his connections as a hotel manager to save ethnic Tutsis fleeing slaughter by Hutus.

An estimated 800,000 Tutsis and moderate Hutus were killed during the genocide. Rusesabagina’s father was Hutu; his mother and wife were Tutsi.

He became a vocal critic of Kagame and called for armed resistance to the government in a YouTube video in December 2018, saying that democratic change was impossible. The year before, Kagame won a national election with 99% of the vote.

During pre-trial hearings, Rusesabagina told judges he was kidnapped from Dubai. Rwandan officials have suggested he was tricked into boarding the plane.

In a September pre-trial hearing, Rusesabagina told the court that he had contributed 20,000 euros ($24,000.00) to the National Liberation Front (FLN), the military wing of the Movement for Democratic Change, a political party which he co-chaired from exile. But he denied any wrongdoing.

Rusesabagina will be tried alongside 20 other Rwandans whom prosecutors describe as fighters for the FLN. Most were captured after attacks in Rwanda’s southern province in 2018, said judiciary spokesman Mutabazi.

The European Parliament last week called on Rwanda to give Rusesabagina a fair trial and condemned what it called his enforced disappearance, illegal rendition to Rwanda and incommunicado detention.

The resolution prompted a response from Rwanda’s parliament late on Tuesday.

“The Rwanda parliament rejects the European parliament’s baseless assertion that Paul Rusesabagina will not receive a fair trial in Rwanda, and calls on the government of Rwanda to continue to ensure this right is also fully upheld for the victims,” legislators said.

Image: Paul Rusesabagina, portrayed as a hero in a Hollywood movie about Rwanda’s 1994 genocide, walks in handcuffs to a courtroom in Kigali, Rwanda February 17, 2021. REUTERS/Clement Uwiringiyimana

These were the details of the news Trial of ‘Hotel Rwanda hero’ set to begin amid family’s fears of injustice for this day. We hope that we have succeeded by giving you the full details and information. To follow all our news, you can subscribe to the alerts system or to one of our different systems to provide you with all that is new.