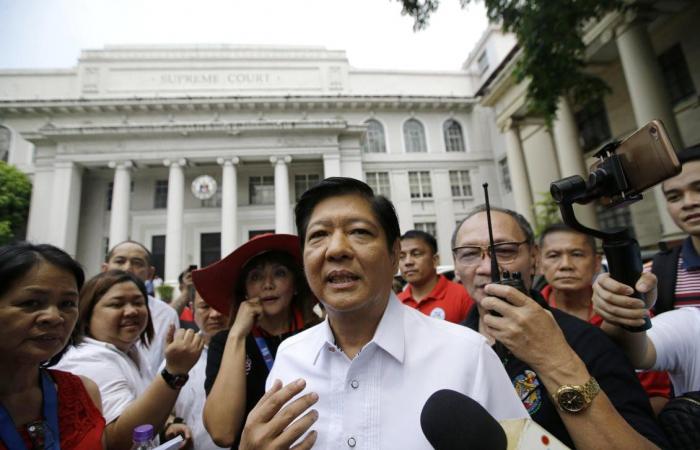 JAKARTA: Indonesia’s government said it will impose a series of progressive sanctions on individuals who refuse to be vaccinated against COVID-19. The penalties include fines, the withdrawal of social aid and the loss of access to administrative and public services.

The second phase of a nationwide inoculation campaign begins on Wednesday, during which senior citizens and front-line public workers will be inoculated.

“I call on the public to take part in the vaccination program so that we can reach herd immunity, since the obligation to participate in the program is laid out in the presidential regulation,” Wiku Adisasmito, spokesman for the national COVID-19 task force, said on Tuesday.

He was referring to a presidential order issued at the weekend for a national COVID-19 vaccination drive, which includes the possible sanctions on those who refuse to participate. The regulations will also serve as a legal reference for regional governments to issue their own bylaws regulating the vaccine program. The provincial administration in Jakarta, the Indonesian capital, has already issued a regulation under which citizens who refuse to be vaccinated could be fined five million rupiah ($360).

Adisasmito urged the public to ignore false rumors and misconceptions about the vaccine.

“There is no need to doubt that the vaccine is safe and halal,” he said. “The vaccine has not caused any serious side effects so far.”

Indonesian authorities aim to inoculate about 181.5 million people of the 270 million population. The nationwide drive was launched a month ago, when President Joko Widodo was among the first to receive the CoronaVac vaccine developed by Chinese company Sinovac.

More than a million of a targeted 1.46 million health workers — mainly in the virus-infested islands of Java and Bali — have so far received the first of two required doses of the vaccine.

From Wednesday, work will be begin to inoculate 21.5 million residents over the age of 60, plus 16.9 million front-line public workers.

Experts said that sanctions should be used only “as the last resort,” against people who refuse to be vaccinated and that authorities should attempt to employ educational and persuasive methods first.

Masdalina Pane, an expert on health policies with the Indonesian Epidemiologists Association, said there is a long way to go before sanctions should be considered.

“We are still far from meeting the target to inoculate the priority groups, such as health workers and front-line public workers, let alone the general population, and we still don’t have enough doses of vaccine,” she told Arab News.

“What matters more is to get the vaccine supplies ready first. The government should not occupy themselves too much with sanctioning people. It should be the last resort. What the public needs more now is persuasive communications and promotions.”

According to a national online survey of 115,000 people from all 34 provinces carried out in September last year, about 65 percent of respondents said they would be willing to have the COVID-19 vaccine if the government provides it. Nearly 8 percent said that they would not accept it.

The survey, jointly conducted by the Health Ministry, the Indonesian Technical Advisory Group on Immunization, UNICEF and the World Health Organization, found that the remaining 27 percent had doubts about the government’s intention to distribute COVID-19 vaccines. The people in this group are critical to a successful vaccination program, but the survey pointed out that their numbers should be interpreted cautiously as there may be varying levels of concerns about the vaccines due to the limited information that was available at the time of the survey about the type of vaccine, when it would be available and safety profiles.

“We are currently increasing our production capacity to produce vaccine from Sinovac’s bulk material, while we would (also) still be importing vaccines from other manufacturers, such as Moderna, Pfizer, AstraZeneca, Sinopharm and Novavax,” said Bio Farma CEO Honesti Basyir.

These were the details of the news Marcos son loses election challenge in Philippine Supreme Court for this day. We hope that we have succeeded by giving you the full details and information. To follow all our news, you can subscribe to the alerts system or to one of our different systems to provide you with all that is new.