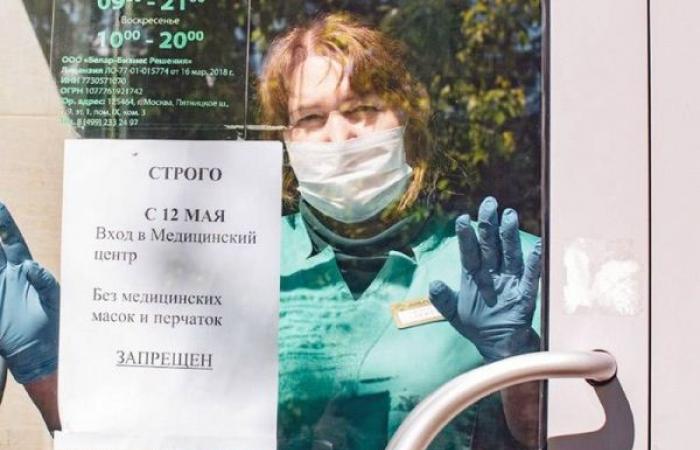 We show you our most important and recent visitors news details Global COVID cases hits 109.7m; crosses 2.42m deaths in the following article

Coronavirus is continuing its spread across the world with over 100 million confirmed cases in 218 countries and more than 2.42 million deaths. The virus is surging in many regions and countries that had apparent success in suppressing initial outbreaks are also seeing infections rise again.

The US has recorded about 27 million cases and more than 485,000 deaths, the highest figures in the world.

Daily cases were at record levels in early January but they are now falling. More than 100,000 coronavirus patients are in hospital, but those numbers are dropping too.

The US recorded Monday 64,194 new coronavirus cases in the past 24 hours as the confirmed cases nation-wide crossed 27 million. It also recorded 1,084 virus-related deaths according to Johns Hopkins University.

The tally showed that the confirmed cases nationwide reached 27,639,538 and at least 485,332 deaths across US, with the country remaining the world’s worst hit by the pandemic.

Furthermore there were a record 67,000 people currently hospitalized for coronavirus in the US, according to COVID Tracking Project. The US ranks first globally in the number of coronavirus cases and deaths.

Centers for Disease Control and Prevention (CDC) director Dr. Rochelle Walensky told NBC network, “We are still at about 100,000 cases a day. We are still at around 1,500 to 3,500 deaths per day.

“The cases are more than two-and-a half fold times what we saw over the summer. It’s encouraging to see these trends coming down, but they’re coming down from an extraordinarily high police.”

In London, Britain said that the death toll from coronavirus has risen by 230 to 117,396, the Department of Health and Social Care said on Monday. As many as 9,765 more lab-confirmed cases raised the country’s overall count to 4,470,000, according to the department’s daily update.

Recently, the British government declared that flights to and from Latin America's countries and Portugal are banned because of fears of the spread of new mutated strains of the coronavirus that appeared in Brazil.

The ban suspends flights to and from Argentina, Brazil, Bolivia, Chile, Colombia, Ecuador, Banana, Paraguay, Peru and others. All passengers to Britain must have a document valid up to 72 hours free of coronavirus.

In Moscow, Russia reported 13,233 new coronavirus cases on Tuesday, bringing the total number of confirmed infections to 4,099,323 after it crossed the 4 million mark. Russia's coronavirus crisis center said 549 coronavirus patients had died in the last 24 hours and the overall national coronavirus death toll was at 80,979.

They added 17,627 people recovered from the virus, raising the total number of recoveries to 3,624,663. The COVID-19 pandemic was confirmed to have spread to Russia on Jan. 31, 2020 when two Chinese citizens in Tyumen (Siberia) and Chita (Russia Far east) tested positive for the virus.

In Paris, the French Health Ministry reported 4,376 new coronavirus infections over the past 24 hours on Monday. France's cumulative total of cases now stands at 3,469,539. The COVID-19 death toll was up by 412 to 82,226. France announced its approval of the use of Moderna COVID-19 vaccine and to include it in its vaccine program.

In Brussels, total infections of coronavirus cases in Belgium on Tuesday increased to 739,488 with 857 new infections reported by Belgian health authorities. They reported 40 more deaths from COVID-19 in the last 24 hours raising the total death toll to 21,702.

In Vienna, Austrian authorities announced Tuesday that they recorded 1,427 new coronavirus cases raising the total number of confirmed infections to 436,130. More than 413,000 cases have recovered Since the start of the pandemic, deaths have reached 8,260, said the country’s Health Ministry.

It added 48 people have recovered from the virus and left hospitals in the past 24 hours to reach a total of 84,547. There are still 605 patients receiving treatment.

In New Delhi, India said on Tuesday that 81 people died due to COVID-19 while 9,121 new cases of the coronavirus were registered in the past 24 hours. The Ministry of Health and Family Welfare said that fatalities due to COVID-19 rose to 155,813 as the total number of positive cases mounted to 10,925,710.

According to the ministry, 10,633,025 people recuperated from the pandemic as it spread to 35 states. India has the world's second-highest caseload, but daily infections have dipped steadily since hitting a peak in September.

Tokyo added 350 new infections, staying below 500 for the tenth straight day, which brought the total cases in the Japanese capital to 107,959.

In Seoul, South Korea reported 457 new coronavirus cases Tuesday, Yonhap reported in the past 24 hours, bringing the total caseload at 84,325, according to the Korea Disease Control and Prevention Agency (KDCA).

Seven people died in the past 24 hours raising the death toll to 1,534. Of the newly identified local infections, 155 cases were reported in Seoul and 129 cases in Gyeonggi Province that surrounds the capital.

Authorities on Monday lowered the social distancing to level 2 — the third highest in the five-tier system — for the Greater Seoul metropolitan area and level 1.5 for the rest of the country, effective two weeks. A ban on private gatherings of five or more people remains in place, while reunions of immediate family members are allowed..

the Health Ministry said on Saturday. Brazil has registered more than 9.8 million cases of the virus since the pandemic began, while the official death toll has risen to 238,532, according to ministry data.

Africa has recorded more than 3.7 million cases, but the true extent of the pandemic there is not known as testing rates are low. Concern is growing about a South African variant of the disease which is thought to share some similarities with the new UK strain, including being more easily transmissible.

In Rabat, Morocco on Sunday said confirmed coronavirus cases had risen by 339 over the past 24 hours, while 17 more people succumbed to the disease to up the country’s death toll to 8,477. The North African nation’s caseload has reached 478,474 since the contagion came to light, according to the Health Ministry’s data.

In Tunis, Tunisia reported 305 new cases of the novel coronavirus (COVID-19) and 31 new deaths, during the past 24 hours. In a statement issued, the Tunisian Ministry of Health said that total number of COVID-19 cases reached 223,549 cases, and the total number of deaths increased to 7575.

Meanwhile, Mauritania’s Ministry of Health said Monday that 22 persons tested positive for the novel coronavirus, bringing the country’s caseload to 16,996 while pushing the fatalities reached 430. The report said, 25 patients have been discharged from hospitals, raising the overall recoveries to 16,265 cases. — Agencies

These were the details of the news Global COVID cases hits 109.7m; crosses 2.42m deaths for this day. We hope that we have succeeded by giving you the full details and information. To follow all our news, you can subscribe to the alerts system or to one of our different systems to provide you with all that is new.