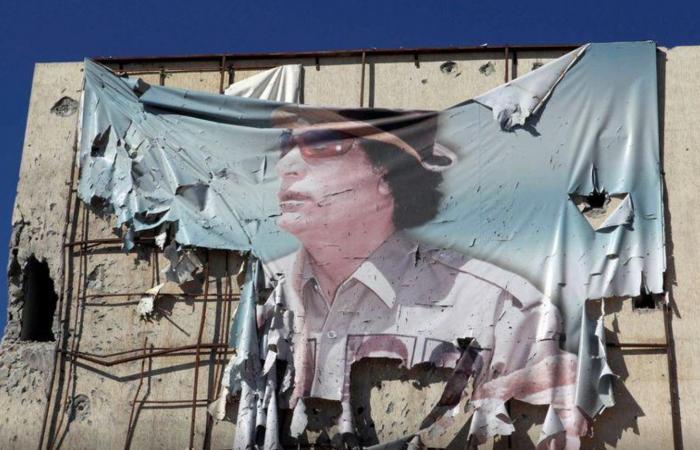 You are now following the details of the Ten years on, Libyan revolutionaries live with wounds and unfulfilled dreams news and now we leave you with the details

Mohamed Nass - Cairo - The first demonstrations against Gaddafi’s rule began in the eastern city of Benghazi on February 17, 2011. A decade on, Libya is still split between rival factions, and shell and shrapnel holes scar its cities.

The United Nations has backed a new effort to unite Libya’s warring sides through an interim government and national elections at the end of the year. But many Libyans remain sceptical.

‘BULLET IN THE LEG’

Usama Ali al-Aguri, a graduate from Benghazi, was unemployed in 2011 and at the time decried what he called the “injustice that we suffered and heard of from our fathers and grandfathers”.

As the fighting spread through the summer of 2011, he joined the assault on Tripoli. When he and a comrade went to survey an attack, Gaddafi’s forces spotted them.

“There was massive shooting at us. I got a bullet in my leg,” he said. His comrade was killed. He ended up in a wheelchair, paralyzed from the waist down.

He condemns many of those who emerged as leaders in 2011. “The revolution has been stolen from the honorable people now in their graves,” he said.

As the country fell further apart, he joined many others from the east in backing Khalifa Haftar, head of the eastern military forces whose push to capture Tripoli failed last year.

Aguri said his injury changed his life. Now 34, he lives for his two children, he said, and for work he goes each morning to the cattle market to buy and sell livestock.

FACE OF THE UPRISING

Hisham al-Windi came from a family that did well under Gaddafi – his father was a diplomat. But after taking part in protests, he learned he was wanted by police and fled to Tunis.

Travelling to the south of Tunisia, he crossed through a border post held by the rebels and joined their battle in the western mountains. “I was several months in the fight,” he said.

Windi was among the first fighters to storm Gaddafi’s Tripoli compound. Wandering through the rooms where the leader had lived, he found an item known to all Libyans – his brocaded military hat.

Interviewed that day on television wearing the hat, Windi voiced his hopes for the future, briefly gaining international recognition as a face of Libya’s uprising.

“I wanted to say first that Libyans were not as bad as people thought. And I was also saying ‘Gaddafi is finished and we need to rebuild’,” he said.

He now works in Tunis and is hopeful for change.

“People say to me: ‘you took part in this disaster. How do you like it now?’ Well of course I don’t. But it doesn’t mean you have to choose between Gaddafi and chaos. Revolution is a process. We must build a new Libya that we deserve,” he said.

In Misrata, Malek Salem al-Mejae, then aged 20, began to fight in 2011 when his city came under attack by Gaddafi’s forces.

That July, he, too, was wounded, losing a leg.

“I was in the back of the truck. A missile fell behind us,” he said. “Some of my friends were killed. I received treatment in Tunisia, then returned to Libya.”

He had hoped to see far greater progress in Libya than he has in the last decade, and blames Libya’s post-revolutionary leaders for the country’s failure to unite.

“Unfortunately the situation is as you see it after 10 years of wars. The politicians, who were entrusted with the task, were not up to the standard.”

Reporting by Ayman al-Sahely in Misrata, the Reuters Libya newsroom and Angus McDowall in Tunis; Editing by Mike Collett-White

IMAGE: A torn banner showing Muammar Gaddafi is seen on a building during clashes between anti-Gaddafi fighters and Gaddafi forces in Sirte October 12, 2011. REUTERS/Asmaa Waguih/File Photo

These were the details of the news Ten years on, Libyan revolutionaries live with wounds and unfulfilled dreams for this day. We hope that we have succeeded by giving you the full details and information. To follow all our news, you can subscribe to the alerts system or to one of our different systems to provide you with all that is new.