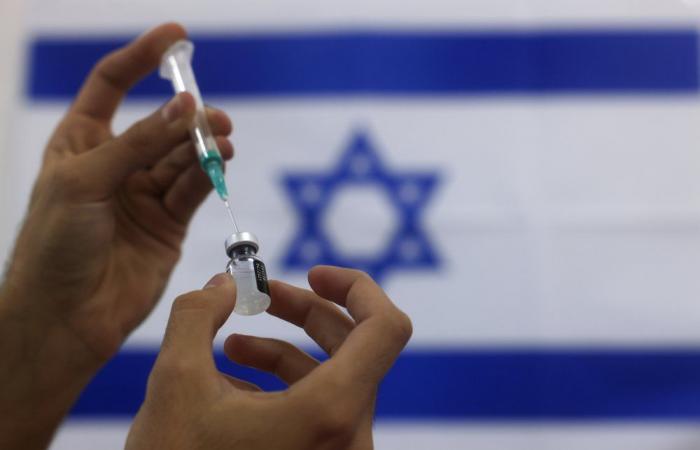 You are now following the details of the As vaccinations lag, Israel combats online misinformation news and now we leave you with the details

Mohamed Nass - Cairo - JERUSALEM (AP) — After surging ahead in the race to vaccinate its population against the coronavirus, Israel is blaming online misinformation for a sudden slowdown in the campaign. Now, officials are fighting back.

Israel’s Health Ministry, which is spearheading the vaccination efforts, is employing both warnings and incentives as it tries to persuade reluctant holdouts to get immunized. It has beefed up a digital task force to counter spurious claims about the vaccines, while local governments are turning to DJs and free food to lure people to vaccination centers. Concerts and museums could soon be off limits to the unvaccinated.

“Decide whether you are part of the celebration or whether you will be left behind,” Health Minister Yuli Edelstein declared on Twitter. “Just lend a shoulder to the vaccine.”

Since launching its COVID-19 vaccine campaign in December, over a quarter of the population — 2.5 million people — has received both doses of the Pfizer/BioNTech vaccine, according to the Health Ministry. Over 44 percent have received the first shot.

The vaccination rates are among the highest in the world, and many countries are looking at the Israeli experience to understand what may lie ahead in the future.

But in a cause for concern, Israel has seen a drop in immunization rates since making the vaccine available to everyone over the age of 16 this month. In February, Israel averaged just over 106,000 vaccinations per day, down from January’s daily average of more than 127,000 per day, according to Health Ministry statistics.

The reluctance of some groups in the population to get vaccinated is a key reason why infection rates remain high.

Israel, a country of 9.3 million people, has reported over 5,000 new cases each day over the past week, according to the ministry. In all, the country has recorded over 723,000 cases of COVID-19 since the start of the pandemic and nearly 5,400 deaths — over 20% of them in the past month.

Last week Prime Minister Benjamin Netanyahu, who has pinned his reelection hopes on the vaccination campaign, said the only obstacle to completing the task was “the fake news and the superstitious and sometimes malicious beliefs that are planted in the public and on the internet.”

The Health Ministry has reportedly invested millions of dollars in its efforts to educate the public.

The task has been complicated because different segments of society have resisted vaccination calls for different reasons.

In the case of the ultra-Orthodox, some influential religious leaders have called on their followers not be immunized. Meanwhile, Israel’s Arab minority tends to suffer from a lack of trust in the Jewish leadership. And younger Israelis often think they can’t get seriously ill.

Einav Shimron, the Health Ministry’s deputy director for international relations, said the ministry is working with physicians and religious leaders to counter misinformation, such as claims that the vaccine can cause infertility.

The ministry manages a command center with 11 trackers who monitor social media activity for anti-vaccination posts in Hebrew, Russian, Amharic, Arabic and English on Facebook, Twitter, Instagram and Telegram. The center is adding more staffers in the coming days.

The undertaking is akin to whack-a-mole for conspiracy theories.

Shimron said center alerts the Justice Ministry to any misinformation, and the ministry immediately presses the social media networks to remove the false claims. “There are several times we even called the police” on grounds that the false claims are a public health risk, she said.

In the ultra-Orthodox community, where internet use is low, the response is often more low tech. Anti-vaccination rabbis have posted false claims on posters — known as pashkevils — commonly used to spread messages among the faithful. The ministry is countering with pashkevils of its own.

Rabbi Yuval Hacohen Asherov, a popular Jewish preacher with an online following who has stated that germs do not cause diseases, has posted numerous anti-vaccine videos with hundreds of thousands of views. A recent video falsely claimed the COVID-19 vaccine caused death.

“Why run? Why vaccinate now? Let’s do it in another half a year — maybe. Let’s see what happens,” Ashrov said. “Why should the Swiss and Chinese use us as guinea pigs to see what happens?”

The Health Ministry has asked the Justice Ministry to try to get Asherov’s videos pulled from YouTube and said that he “endangers the public.”

But Avishai Matia, another anti-vaccine activist, said his Facebook and Twitter accounts with thousands of followers were suspended this month in what he called a “violent reaction by the technology giants in cooperation with the WHO and other groups.”

Matia has wrongly claimed the Pfizer vaccine is “an experimental drug” that is being tested on Israeli citizens.

In fact, it has been granted approval for emergency use in the US and Europe. In exchange for getting sufficient quantities for its population, Israel has agreed to share data with Pfizer, though it is not conducting any experiments.

At the same time, authorities are devising incentives for people to get the jab. The Health and Culture ministries said Sunday that museums, libraries, concert venues and other cultural events will reopen later this month — but only to those who have been fully immunized.

The Health Ministry is also enlisting dozens of Israeli social media influencers to promote immunization in concert with its own online video campaign.

One new message released on Valentine’s Day showed a man presenting his girlfriend with a small box appearing to contain an engagement ring. “Will you get vaccinated with me?” he asks, as she opens the box to find a vaccine vial.

The ultra-Orthodox town of Bnei Brak has tried to encourage immunization by serving free cholent — a hearty stew — to residents who turn up for a vaccine. A municipal spokesman said Thursday’s “Operation Cholent” brought in three times the typical number of recipients.

Holon, a Tel Aviv suburb, has enlisted the help of DJs and a party atmosphere to draw over-16s to receive immunizations. Ministry figures show Israelis between 16-30 have been vaccinated at levels far below the national average.

For many young and middle-aged Israelis, however, the availability of coronavirus vaccines has been enough of an incentive to line up.

At an immunization center in Tel Aviv, Moran Keret, 44, said that a friend convinced her to go. “The corona is not going away. So if it’s not disappearing, I’m here.”

These were the details of the news As vaccinations lag, Israel combats online misinformation for this day. We hope that we have succeeded by giving you the full details and information. To follow all our news, you can subscribe to the alerts system or to one of our different systems to provide you with all that is new.