Kosovo heads to the polls to elect a new govt to tackle coronavirus, corruption 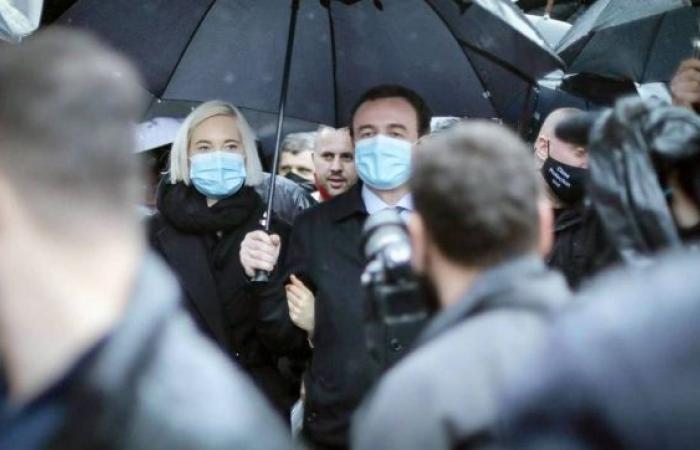 We show you our most important and recent visitors news details Kosovo heads to the polls to elect a new govt to tackle coronavirus, corruption in the following article

Some 1.8 million eligible voters on Sunday started to cast their ballots in 2,400 polling stations. They're electing 120 lawmakers among more than 1,000 candidates from 28 political groupings. Some 100,000 Kosovars in Diaspora are also eligible to vote by post.

Those infected by the coronavirus will be able to vote through mobile polling teams. Reducing unemployment and fighting organized crime and corruption remain the biggest challenges.

Negotiations on normalizing ties with Serbia, which have stalled again last year after talks brokered by the US and the European Union, have not figured high on any party’s agenda.

Political parties have failed to respect many of the virus control measures, including mandatory mask wearing, social distancing, limits on gatherings of no more than 50 people and an overnight curfew.

The election was scheduled after Kosovo’s Constitutional Court rendered invalid a vote by a convicted lawmaker that helped confirm the Cabinet of Acting Prime Minister Avdullah Hoti of the center-right Democratic League of Kosovo.

That Cabinet was named in June after Albin Kurti of the left-wing Self-Determination Movement party was removed as prime minister. The Serb minority has 10 seats and 10 others belong to other minorities.

The EU has sent an Elections Expert Mission to Kosovo to monitor the vote.

Kosovo declared independence from Serbia in 2008, a decade after a brutal 1998-1999 war between separatist ethnic Albanian rebels and Serb forces.

The war ended in June 1999 after a 78-day NATO air campaign drove Serb troops out and a peacekeeping force moved in.

Most Western nations recognize the country, but Serbia and allies Russia and China do not, and tensions over Kosovo remain a source of volatility in the Balkans. — Euronews

These were the details of the news Kosovo heads to the polls to elect a new govt to tackle coronavirus, corruption for this day. We hope that we have succeeded by giving you the full details and information. To follow all our news, you can subscribe to the alerts system or to one of our different systems to provide you with all that is new.

PREV South Korea to resume wider use of AstraZeneca coronavirus vaccine, exclude people under 30
NEXT J&J vaccine to remain in limbo while officials seek evidence