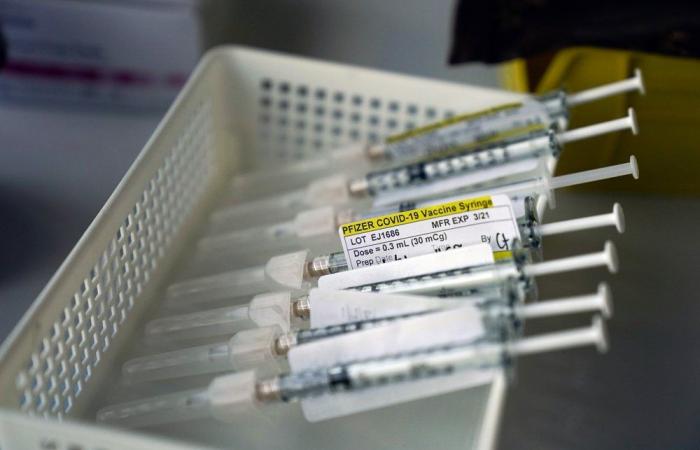 Mohamed Nass - Cairo - BEIRUT (AP) — Lebanon received its first batch of coronavirus vaccines Saturday ahead of a nationwide campaign to start vaccinations in the tiny Mediterranean country, which has seen a sharp rise in cases and fatalities in recent weeks.

The 28,500 Pfizer doses from Brussels arrived on a plane from Lebanon’s national carrier and were to be taken to the Health Ministry’s warehouse, state-run National News Agency reported. From there, the vaccines will be sent to other parts of the country.

The first vaccinations are scheduled to take place in limited numbers on Sunday at three medical centers in the capital Beirut before the process begins in more than a dozen centers on Monday, local media reported. Within two weeks, the Health Ministry says 57 vaccination centers are to be set up nationwide.

Lebanon has registered about 337,000 cases of coronavirus and 3,961 deaths since the country’s first registered case in February last year.

Lebanon succeeded in containing the virus during the pandemic’s early months, but the numbers began to increase following a massive blast in the capital’s port in August, which caused widespread damage in the city. The number of cases and deaths hit record highs after an estimated 80,000 expats flowed to the country to celebrate Christmas and New Year’s with loved ones.

Lebanon imposed a nationwide lockdown including a curfew as of Jan. 11 to try limit the spread of the virus.

More Pfizer doses are scheduled to arrive over the coming weeks and at a later stage AstraZeneca shots will be brought in, according to Abdul-Rahman Bizri, head of the national committee on COVID-19 vaccines.

So far, some 450,000 people have registered to take the vaccines, said Health Minister Hamad Hassan upon the shots’ arrival Saturday. The figure is still a small percentage of the country of around six million, including a million Syrian refugees.

The World Bank said last month it approved $34 million to help pay for vaccines for Lebanon that will inoculate over 2 million people.

World Bank Regional Director Saroj Kumar Jha told reporters in a virtual news conference in late January that Lebanon will import 1.5 million doses from Pfizer vaccines for 750,000 people “and this we are financing in full.” The World Bank will also help in financing other vaccines.

Lebanon is passing through its worst economic and financial crisis in its modern history, leaving half of its population below the poverty line. The vaccines will be free of charge for the public.

The plan will begin by vaccinating workers in the medical sector and people age 75 and above, as well as others with chronic diseases.

The World Bank and the International Federation of the Red Cross and Red Crescent Societies signed an agreement on Saturday for independent monitoring of Lebanon’s coronavirus vaccination campaign.

These were the details of the news First batch of Pfizer vaccines arrive in Lebanon for this day. We hope that we have succeeded by giving you the full details and information. To follow all our news, you can subscribe to the alerts system or to one of our different systems to provide you with all that is new.