What’s next for Trump, the Republican Party and Biden? 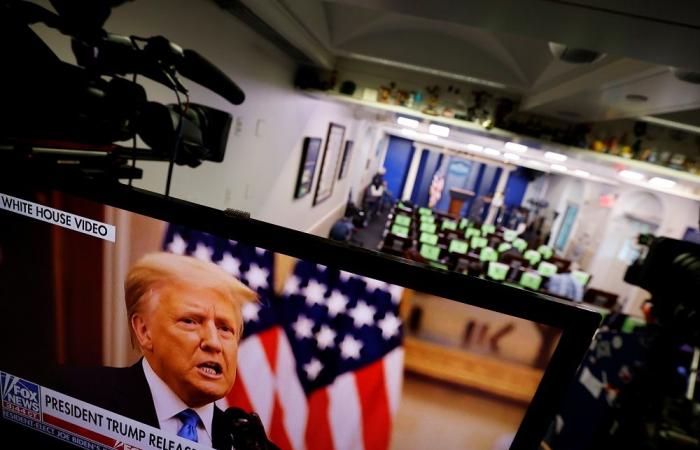 Hello and welcome to the details of What’s next for Trump, the Republican Party and Biden? and now with the details

WASHINGTON, Feb 14 — The US Senate acquitted Donald Trump yesterday of the charge of inciting the January 6 assault on the US Capitol in an unprecedented second impeachment trial.

Trump’s acquittal raises questions about what’s next for the 74-year-old former president, the Republican Party and President Joe Biden.

Although Trump’s acquittal by the Senate was a near certainty, the verdict must have come as a relief to the former president.

In a statement, Trump denounced what he called a “witch hunt” and talked about the future.

“Our historic, patriotic and beautiful movement to Make America Great Again has only just begun,” he said.

“We have so much work ahead of us, and soon we will emerge with a vision for a bright, radiant, and limitless American future.”

Trump has flirted with the idea of running for the White House again in 2024 and a conviction would have likely barred him from holding federal office again.

Since leaving the White House on January 20, Trump has been holed up in his Mar-a-Lago resort, deprived of the Twitter account he used to communicate with his many millions of followers.

Capri Cafaro, executive in residence at American University in Washington and a former Democratic member of the Ohio state senate, said the acquittal could be a “rallying cry” for Trump and his backers.

But, Cafaro added, “the legacy of Donald Trump for many at this point may be the events of January 6, regardless of acquittal.”

“There will be Americans who think that Donald Trump had some kind of role,” she said, and that could carry over to the real estate tycoon’s activities in the private sector.

“It’s almost like he has no choice but to continue to try to be in politics,” she said.

Wendy Schiller, a professor of political science at Brown University, agreed that Trump’s future may be limited.

“If a corporation were to offer him a speaking appearance, the social media backlash would be swift and severe, with possible boycotts of their products,” Schiller said.

“Even holding conferences or events at Trump properties will be a problem for large publicly traded companies, or companies that provide a direct to consumer product,” she said.

The fact that the vast majority of Senate Republicans voted to acquit Trump is a clear signal that he retains a grip on the GOP, the Grand Old Party.

“The party is his,” Georgia Representative Marjorie Taylor Greene, one of his most fervent supporters, said last week. “It doesn’t belong to anyone else.”

But seven Republican senators voted to convict the former president and 10 Republican members of the House of Representatives voted last month to impeach him, including the party’s third-ranking member, Liz Cheney, daughter of former vice president Dick Cheney.

A number of Republicans have distanced themselves from the former president and are lining up to take their own shot at the White House in 2024.

Among them is former South Carolina governor Nikki Haley, who said Republicans were wrong for supporting Trump’s campaign to reverse the election results, a course that led to the January 6 attack on Congress.

Haley also dismissed speculation Trump will seek the presidency in 2024. “I don’t think he can,” she said. “He’s fallen so far.”

But the Republicans advocating a complete break with Trump are in the minority and most remain fearful of the power he holds over his base.

“GOP senators who vote to acquit may be protecting themselves against primary challenges from the more extreme wing of their party in 2022, or even 2024,” Schiller said. “But they may simultaneously make themselves more vulnerable to defeat in the general election.”

“They’re making a decision based upon a snapshot in time that may not exist for them in two years,” she said.

A group of anti-Trump former Republican officials has raised the idea of creating a centre-right third party but it is unlikely to gain much traction.

Trump’s impeachment trial has been hanging over the start of Biden’s presidency and the Democrats must be glad it took just five days.

The Senate will now be in a position to swiftly confirm Biden’s cabinet appointees and work on his legislative agenda as the country struggles with the Covid-19 pandemic and severe economic woes.

“President Biden has done a very good job of separating himself from the impeachment trial proceedings and keep his messaging on the Covid-19 crisis and the accompanying economic crisis,” Schiller said.

But Trump remains a force to be reckoned with.

“There’s no saying that we’re immune from more protests, demonstrations, activism from the far right,” Cafaro said. “If and when that happens how Joe Biden deals with them will be something to watch.” — AFP

These were the details of the news What’s next for Trump, the Republican Party and Biden? for this day. We hope that we have succeeded by giving you the full details and information. To follow all our news, you can subscribe to the alerts system or to one of our different systems to provide you with all that is new.