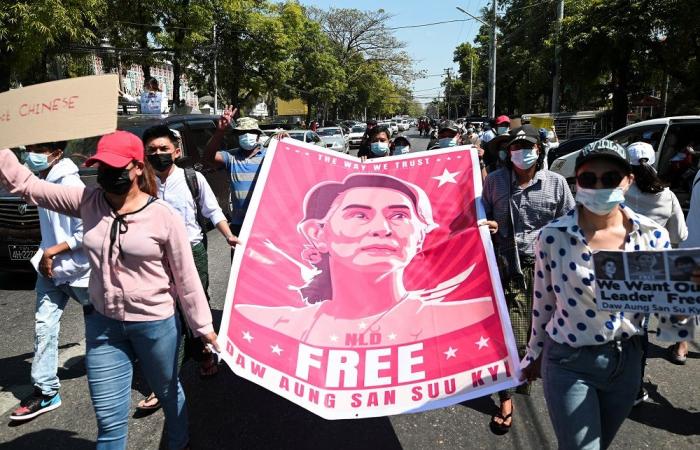 “Support Myanmar, Don’t support dictators,” read one placard in Chinese and English. One protester told Myanmar media: “Chinese ministers seem to be acting in a way to support the military coup.”

The Chinese embassy made no immediate response.

Late yesterday, it posted a statement on Facebook dismissing reports on the internet of Chinese planes bringing in technical personnel, and said the only flights were regular cargo flights importing and exporting goods such as seafood.

When asked about the rumours that China is sending equipment and IT experts to Myanmar, Chinese foreign ministry spokesman Wang Wenbin said he had not heard of it.

“There have been false information and rumours about China on issues relating to Myanmar,” he said, reitering that China was following the situation closely and hoped all parties would bear in mind national development and stability.

China has traditionally been viewed with suspicion in neighbouring Myanmar, where it has significant economic and strategic interests and has often backed Myanmar’s position against Western criticism.

While Western countries have strongly condemned the February 1 coup, China has been more cautious — emphasising the importance of stability. Some Chinese state media referred to the army takeover as a “cabinet reshuffle”.

China nonetheless agreed to a UN Security Council statement that called for the release of elected leader Aung San Suu Kyi and other detainees and voiced concern over the state of emergency. — Reuters

These were the details of the news Myanmar anti-coup protesters rally at Chinese embassy for this day. We hope that we have succeeded by giving you the full details and information. To follow all our news, you can subscribe to the alerts system or to one of our different systems to provide you with all that is new.

PREV Vaccine equity the ‘challenge of our time’, WHO chief declares
NEXT Youth join mainstream as India unveils development initiatives in Jammu and Kashmir