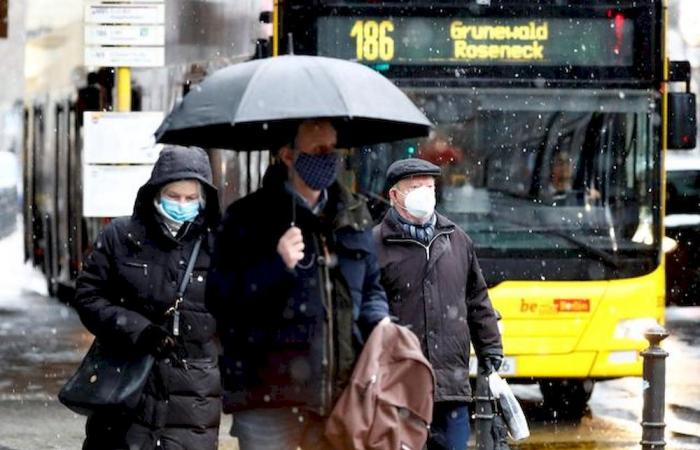 BERLIN, Feb 10 — Chancellor Angela Merkel’s government wants to extend strict pandemic curbs until March 14, according to a draft text seen by AFP today, even as Germans grow increasingly weary of the shutdowns.

Coronavirus infection numbers have come down in Europe’s top economy after more than three months of shutdowns, but fears are growing over more contagious virus variants first detected in Britain and South Africa.

The new strains “are spreading especially quickly and require significant additional efforts”, the government said in a draft document that still needs to be approved by leaders of Germany’s 16 states.

Merkel and the state premiers are due to hold crunch talks later today to decide the next steps in their pandemic response.

Under Germany’s federal system, regional states have significant decision-making powers and some have strayed from the government line in the past to loosen some restrictions.

The draft text stresses that schools and daycare centres should be “the first to gradually reopen”, but that it is for individual states to decide how and when.

Hairdressers could reopen on March 1, the document suggests, if they take the necessary hygiene precautions.

It also raises the prospect of museums, galleries and some services restarting once the virus incidence rate falls to 35 new cases per 100,000 residents over a seven-day period.

“We would gain nothing if we left lockdown prematurely,” Merkel told members of her CDU party yesterday, according to participants at the meeting.

Germany closed restaurants, hotels, culture and leisure centres in November, followed by schools and non-essential shops in December. The measures were later extended until February 14.

Since then, new Covid-19 cases have dropped considerably and the seven-day incidence rate has fallen below 75 for the first time since November.

But deaths remain troublingly high, and hospitals say they are still close to capacity.

Germany today added another 8,072 coronavirus cases, bringing the total to just under 2,300,000 since the start of the pandemic last year.

Almost 63,000 people have died, according to Germany’s Robert Koch Institute for disease control.

Although a majority of Germans still back Merkel’s science-based management of the crisis, weariness is setting in after three long months of restrictions and amid a sluggish vaccine rollout.

A YouGov poll this week showed that just half of Germans wanted current measures to be maintained or tightened. — AFP

These were the details of the news German govt seeks to extend shutdown until March 14 for this day. We hope that we have succeeded by giving you the full details and information. To follow all our news, you can subscribe to the alerts system or to one of our different systems to provide you with all that is new.