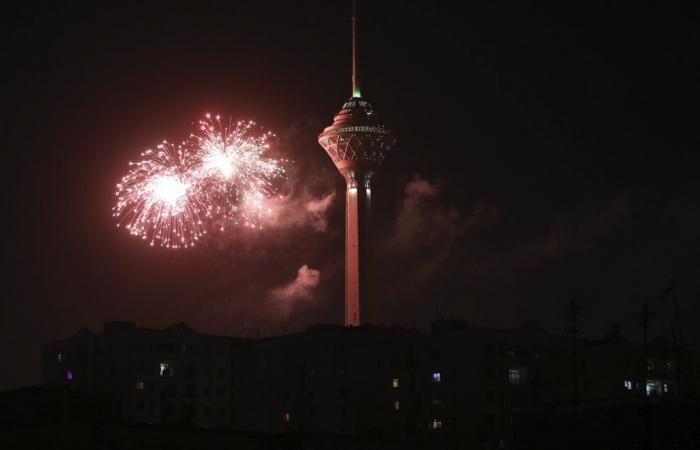 You are now following the details of the Wheels only, please: Iran marks 1979 revolution anniversary news and now we leave you with the details

Mohamed Nass - Cairo - TEHRAN, Iran (AP) — Struggling with the region’s worst outbreak of the coronavirus, Iran is marking the anniversary of the country’s 1979 Islamic Revolution on Wednesday on wheels — cars, motorcycles, bicycles — instead of traditional rallies and marches.

Tens of thousands are expected to drive through cities and towns as part of the manifestations after the government decided to replace traditional rallies and demonstrations with motorcades.

The death toll from COVID-19 in Iran is nearing 59,000. Since the pandemic erupted last year, Iran has reported some 1.48 million confirmed cases of the virus. The country on Tuesday launched its coronavirus inoculation campaign, administering recently delivered Russian Sputnik V vaccines to healthcare professionals.

In the capital, Tehran, processions of cars and other vehicles started out from 12 different points on Wednesday morning, driving through the streets to circle Tehran’s iconic Azadi Square, the traditional place of gatherings for anniversaries.

The previous night, on the eve of the 42nd anniversary, fireworks were set off next to the Milad telecommunications tower in Tehran.

On Wednesday, streets were decorated with huge Iranian flags and a sea of balloons while revolutionary and patriotic songs blared from loudspeakers set up along the way of the processions. State radio and television broadcast revolutionary and patriotic songs, as well as footage lauding Iran’s scientific and military achievements, including satellite carriers and ballistic missiles.

President Hassan Rouhani was to deliver a televised speech to the nation later on Wednesday. For him, it’s the last such anniversary speech as Iranians are expected to elect his successor in presidential elections in June. Rouhani has served the maximum two mandates for president under Iran’s constitution .

The anniversary this year comes amid hopes that Iran will find relief from harsh economic sanctions imposed by former President Donald Trump who in 2018 pulled America out of the nuclear deal between Iran and world powers.

President Joe Biden has said he will seek to revive the deal, but insists that Iran must first reverse its nuclear steps, creating a contest of wills between the nations. The 2015 atomic deal saw Iran agree to limit its enrichment of uranium in exchange for the lifting of economic sanctions.

In response to Trump’s so-called “maximum pressure” campaign against Iran, Tehran began to gradually violate its atomic commitments, and threatened further provocations in a bid to increase its leverage and get Biden to prioritize a return to the deal as he moves to dismantle Trump’s legacy.

Iran’s Islamic Revolution began with widespread unrest over the rule of Shah Mohammad Reza Pahlavi. The shah, terminally and secretly ill with cancer, fled Iran in January 1979. Ayatollah Ruhollah Khomeini then returned from exile and the government fell on February 11, 1979, after days of mass demonstrations and confrontations between protesters and security forces.

In April 1979, Iranians voted to become an Islamic Republic, a Shiite theocracy with Khomeini as the country’s first supreme leader with final say over all matters of state.

Anger over America for allowing the shah into the United States to receive cancer treatment in New York would later spark the takeover of the US Embassy in Tehran in November 1979 by student militants and the subsequent hostage crisis, which kindled decades of enmity.

These were the details of the news Wheels only, please: Iran marks 1979 revolution anniversary for this day. We hope that we have succeeded by giving you the full details and information. To follow all our news, you can subscribe to the alerts system or to one of our different systems to provide you with all that is new.