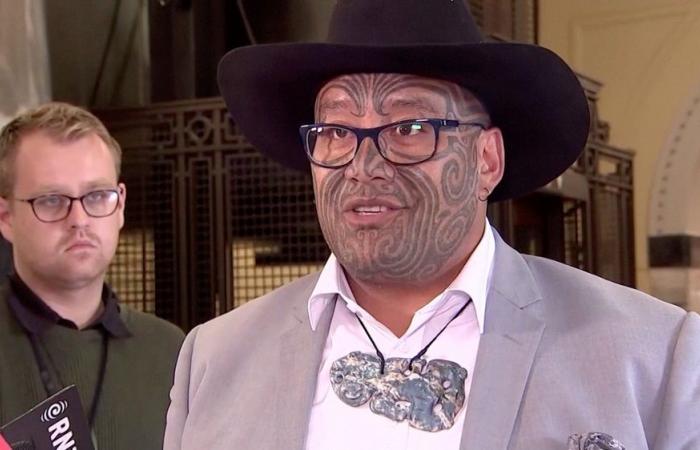 WELLINGTON, Feb 10 — A New Zealand Maori leader who was ejected from parliament this week for refusing to wear a necktie in the chamber said forcing him to a Western dress code was a breach of his rights and an attempt to suppress indigenous culture.

Yesterday, Speaker Trevor Mallard twice prevented Rawiri Waititi from asking questions in the debating chamber, insisting that MPs could only ask a question if they were wearing a tie.

When Waititi continued with his question after being stopped a second time, Mallard ordered him to leave.

“It’s not about ties, it’s about cultural identity, mate,” Waititi said as he exited the chamber.

The New Zealand parliament is the most inclusive ever elected in the country. Nearly half of the 120 seats in parliament are held by women.

Waititi, who has called ties “a colonial noose,” was told last year that he would be ejected from the House if he did not wear one. Yesterday he wore a taonga, a Maori greenstone pendant, instead.

Mallard said yesterday that while ties were outdated in his view, an overwhelming majority of members asked that the rule be retained in consultations on the issue in the last few months.

Writing in the New Zealand Herald today, Waititi said his action was not about ties, but about the right of Māori to be Māori, whether in Parliament or in the pub.

“I took off the colonial tie as a sign that it continued to colonise, to choke and to suppress out Māori rights that Mallard suggests gives us all equality,” Waititi said.

“This is about more than just the tie or the taonga, this has everything to do with equality.”

Asked to comment, Prime Minister Jacinda Ardern said that it was not something she had a strong opinion on, and that she had no objection to someone wearing a tie in parliament or not.

“There are much more important issues for all of us,” Ardern said. — Reuters

These were the details of the news New Zealand Maori leader ejected from parliament for not wearing a necktie for this day. We hope that we have succeeded by giving you the full details and information. To follow all our news, you can subscribe to the alerts system or to one of our different systems to provide you with all that is new.