Cooling La Niña is on the wane, but temperatures set to rise: WMO 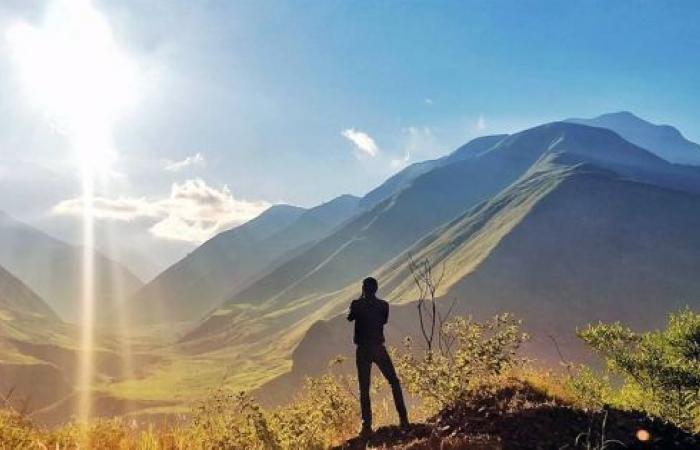 We show you our most important and recent visitors news details Cooling La Niña is on the wane, but temperatures set to rise: WMO in the following article

Hind Al Soulia - Riyadh - GENEVA — Temperatures in almost all parts of the world will likely rise between now and April despite the cooling influence of the latest La Niña weather phenomenon, which has passed its peak, UN climate experts said on Tuesday. “Impacts on temperatures, precipitation and storm patterns continue”, the World Meteorological Organization (WMO) said in a statement.

It noted that above-normal temperatures in the next three months are expected in western, central and eastern Asia and over the southern half of North America, and that there is a moderate likelihood (65 percent) that the La Niña event will continue into April.

Turning to rainfall, WMO said that there were “increased chances of unusually wet conditions” that were consistent with La Niña’s effects on regional climates, over much of South East Asia, Australia and northern South America and islands in Melanesia.

Southern Africa may also see above-normal rainfall, the agency continued, along with “an increased probability of above-normal precipitation (possibly as snow) over much of the Northern Hemisphere north of about 45 degrees North”, although WMO credited the “ongoing negative Arctic Oscillation” climate driver for this trend, which has been observed since December, rather than La Niña.

Drier-than-normal conditions are however likely over much of western and central Asia “and along about 30 degrees North in East Asia, as well as parts of the Greater Horn of Africa, parts of Central Africa, sub-tropical latitudes of North America, islands in Polynesia and some parts of southeastern South America” says WMO’s Global Seasonal Climate Update (GSCU).

La Niña refers to the large-scale cooling of ocean surface temperatures in the central and eastern equatorial Pacific Ocean, along with changes in winds, air pressure and rainfall in the tropics.

It has been in place since August 2020, WMO said, “but this was not enough to prevent 2020 from being one of the three warmest years on record.”

La Niña usually has the opposite impact on weather and climate to El Niño, which is the warm phase of the so-called El Niño Southern Oscillation (ENSO).

The WMO chief added that it was thanks to the agency’s ability to predict La Niño and El Niño events in advance that just-in-time interventions can be carried out to protect communities and countries in climate-sensitive regions sectors.

According to WMO data, East Africa’s short but important rainy season from October-December saw generally drier conditions in the north and east, with wetter or nearer normal conditions in the south and west. Similar mixed rainfall patterns are forecast between now and April.

Many parts of southern Africa have seen above-average rainfall, WMO noted, with a significant exception being parts of Mozambique and Madagascar, which have seen little or no rainfall.

Large parts of South East Asia have seen “significantly above-normal” rainfall totals in the last few months. This trend is likely to continue, particularly to the east of the region.

South America (North of the equator)

South America (South of the equator)

Much of the region has seen below-normal rainfall in the last few months, but the situation has been “significantly” worse in Uruguay, central Brazil and northern Argentina. WMO’s latest seasonal global seasonal forecast indicates that this trend is likely to continue. — UN News

These were the details of the news Cooling La Niña is on the wane, but temperatures set to rise: WMO for this day. We hope that we have succeeded by giving you the full details and information. To follow all our news, you can subscribe to the alerts system or to one of our different systems to provide you with all that is new.