Nasal vaccines the future in fight against COVID-19: UK scientist 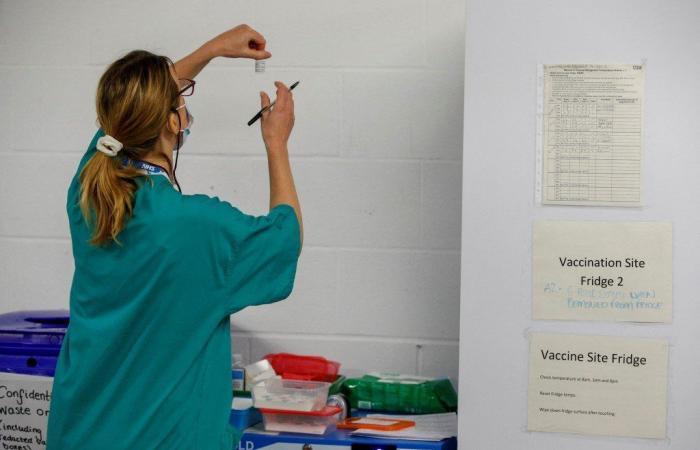 Thank you for reading the news about Nasal vaccines the future in fight against COVID-19: UK scientist and now with the details

Jeddah - Yasmine El Tohamy - LONDON: A leading UK scientist has suggested that COVID-19 could be effectively controlled through nasal spray vaccines, rather than injections, in the future.

Prof. Peter Openshaw, a professor of experimental medicine at Imperial College London, described nasal immunizations as a “rational” development in the fight against the virus.

COVID-19 has been the subject of massive amounts of research into developing effective vaccines against the disease in record time, but all successful cases so far have involved injections.

There have also been fears that several of these early vaccines might become less efficient in the near future, with the emergence of a series of new variants of the virus, notably in the UK, Brazil and South Africa.

It is thought that nasal spray vaccines, as well as being easier to administer, would prevent the virus gaining a foothold in the body at an earlier stage.

“We really need to develop vaccines which are based on say nasal sprays and induce what we call a mucosal immune response,” Openshaw, a scientific advisor to the UK government on its New and Emerging Respiratory Virus Threats Advisory Group, told the BBC.

“The initial vaccines given to us as an injection induce a very good response in your bloodstream and also protect the lungs pretty well … in terms of antibodies. But getting a nasal response would be a really good way to develop vaccines in the future.”

These were the details of the news Nasal vaccines the future in fight against COVID-19: UK scientist for this day. We hope that we have succeeded by giving you the full details and information. To follow all our news, you can subscribe to the alerts system or to one of our different systems to provide you with all that is new.