Taiwan: Ties with US strong amid threats from China 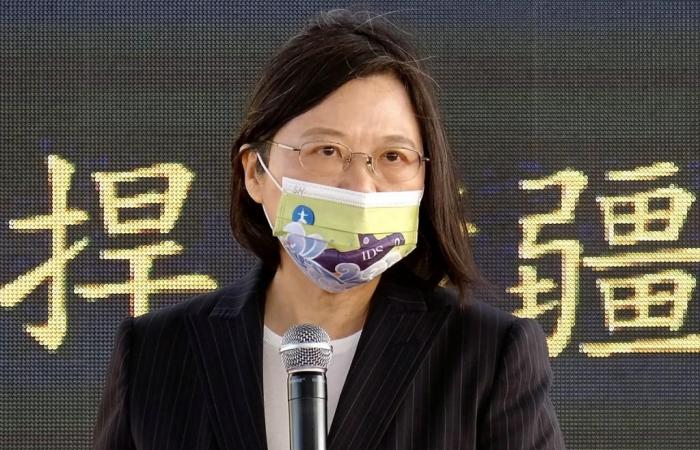 Thank you for reading the news about Taiwan: Ties with US strong amid threats from China and now with the details

Jeddah - Yasmine El Tohamy - TAIPEI, Taiwan: As the US Navy asserts its presence in the South China Sea, Taiwan’s leader says its ties with Washington remain solid over the transition from the Trump to the Biden administration.
President Tsai Ing-wen said Tuesday that US military support remains firm even as China sends increasing numbers of military aircraft into Taiwan’s southwestern airspace.
“I would like to reiterate that Taiwan will not back down when receiving pressure and will not rashly advance when receiving support,” Tsai said in a traditional Lunar New Year television address.
“As long as the Beijing authorities are willing to resolve conflicts, we also want to have a dialogue with them under the conditions of equality and dignity,” Tsai said.
While China and the US have indicated a desire to curtail the raw animosity of the Trump years, both the Democratic and Republican parties maintain strong support for Taiwan and a tough approach toward China over trade, human rights and its increasingly assertive military and foreign policies.
Tsai’s remarks came as the US Pacific Fleet conducted exercises in the South China Sea combining ships and planes from the aircraft carriers Theodore Roosevelt and Nimitz. The exercises Tuesday were aimed at “increasing interoperability between assets as well as command and control capabilities,” the US 7th Fleet said in a statement.
“The ships and aircraft of the two strike groups coordinated operations in a highly trafficked area to demonstrate the US Navy’s ability to operate in challenging environments.” it said.
China claims ownership over virtually the entire South China Sea and has built military installations on reefs and atolls by covering them with sand and concrete. Taiwan holds Taiping Island in the highly contested Spratly group, joining Malaysia, the Philippines and Vietnam in actively challenging China’s ambition to exert control over the area, through which an estimated $5 trillion in international trade travels annually. The waterway also has rich fish stocks and undersea oil and gas reserves.

These were the details of the news Taiwan: Ties with US strong amid threats from China for this day. We hope that we have succeeded by giving you the full details and information. To follow all our news, you can subscribe to the alerts system or to one of our different systems to provide you with all that is new.