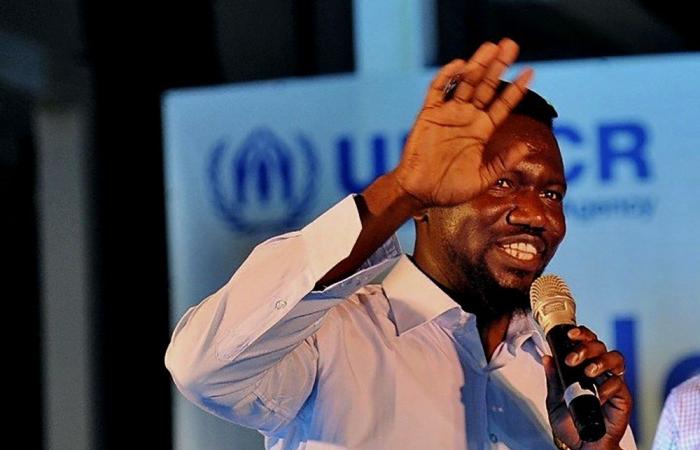 Mohamed Nass - Cairo - CAIRO (AP) — Sayid Ismael Baraka, a Sudanese-American visiting from Atlanta, was playing with his three children, and his wife was making tea, when the gunmen stormed into his family village in Sudan’s Darfur region.

The gunmen went through the village of Jabal, shooting people. The 36-year-old Baraka was shot to death as he rushed to help a wounded neighbor, his wife and brother said. The attack on January 16 left more than two dozen dead in and around the village.

They were among 470 people killed in a days-long explosion of violence between Arab and non-Arab tribes last month in Darfur. The bloodletting stoked fears that Darfur, scene of a vicious war in the 2000s, could slide back into conflict and raised questions over the government’s efforts to implement a peace deal and protect civilians.

Baraka’s wife, Safiya Mohammed, blamed the attack on “militias and janjaweed” — a name that harkens back to dark times for Darfur.

The Arab militias known as janjaweed became notorious in 2003 and 2004 for their terror campaigns, killing and raping civilians, when the Khartoum government unleashed them to put down an insurgency by Darfur’s non-Arab residents. Some 300,000 people were killed and 2.7 million were displaced, before the violence gradually declined.

Sudan is on a fragile path to democracy after a popular uprising led the military to overthrow longtime autocratic President Omar al-Bashir in April 2019. A transitional military-civilian government is now in power, trying to end decades-long rebellions in various parts of the country.

The latest burst of violence came just two weeks after the joint UN-African Union peacekeeping force that had been in Darfur for a decade ended its mandate, at the request of the transitional government. It was replaced with a much smaller, political mission.

“Anyone could have predicted that as soon as the UN troops departed, some of these militias would begin attacking,” said John Prendergast, co-founder of The Sentry, an organization that tracks corruption and human rights violations in Africa.

The bloodshed followed a familiar scenario: a dispute between two people or a minor crime turning into all-out ethnic clashes. It first grew out of a fistfight on Jan. 15 between two men in a camp for displaced people in Genena, the capital of West Darfur province . An Arab man was stabbed to death. The suspect, from the African Massalit tribe, was arrested, but the dead man’s family, from the Arab Rizeigat tribe, subsequently attacked people in the Krinding camp and other areas across Genena.

Three days later, clashes renewed in South Darfur province between Rizeigat and the non-Arab Falata tribe over the killing of a shepherd in al-Twaiyel village.

The fighting in the two provinces killed around 470 people, including Baraka and three aid workers, according to the United Nations and local officials. More than 120,000 people, mostly women and children, fled their homes, including at least 4,300 who crossed into neighboring Chad, the UN said. The transitional government deployed additional troops to West Darfur and South Darfur to try to contain the situation.

War first erupted in Darfur in 2003 when non-Arab Africans rebelled, accusing the Arab-dominated government in Khartoum of discrimination. Al-Bashir’s government is accused of retaliating by arming local nomadic Arab tribes and unleashing the janjaweed on civilians — a charge it denies.

The International Criminal Court charged al-Bashir with war crimes and genocide over Darfur, but it remains unclear whether the transitional government will hand him over to face justice in The Hague, Netherlands.

The people of Darfur “have been betrayed,” Mamabolo told The Associated Press. “A lot of crimes and injustice have been committed against them, so they feel insecure.”

Last year, the transitional government struck a peace deal in October with the Sudan Revolutionary Front, a coalition of several armed rebel groups — including from the Darfur region.

The government and rebel groups have said they will deploy a 12,000-strong Civilian Protection Force to the region. But some worry it could include former militia members who may have taken part in atrocities.

Baraka’s brother, Usumain Baraka, who settled in Israel, is skeptical the interim rulers can bring about peace. “The current government of Sudan is run by former generals who designed and carried out the genocide in 2003,” he said.

Gen. Mohammed Hamdan Dagalo, the deputy head of Sudan’s ruling sovereign council, leads the paramilitary Rapid Support Forces, which grew out of the Darfur militias. Rights groups say his forces burned villages and raped and killed civilians during a series of counterinsurgency campaigns over the last decade.

A report by UN experts covering March to December said tribal clashes and attacks on civilians increased sharply “in both frequency and scale,” particularly in South Darfur and West Darfur. Acts of sexual and gender-based violence continue to be committed daily and go unaddressed, the report found.

For Baraka’s family, his death has shattered their plans for the future.

Baraka fled Darfur when the war began, going first to Chad, then Libya and Ghana. From there, he was resettled as a refugee in the US, where he gained citizenship in 2015. In Atlanta, he ran a trucking business, his brother said, through which he supported his extended family in Sudan. He was also studying to become a medical assistant.

“He was the backbone of our family,” said his brother.

Baraka had married his wife on a trip home to Jabal, where she had their children. He had arrived in December to register his newly born third child at the American Embassy and start the process of bringing all of them to the United States — now that the Trump administration ban on travel from Sudan has ended.

Now those plans are gone, said his wife.

“Nothing remains but memories,” she said.

IMAGE: Sayid Ismael Baraka, a US citizen from Atlanta, Georgia, participates in a World Refugee Day event held by the UNHCR in Tel Aviv, Israel, June 20, 2019. (Usumain Baraka via AP)

These were the details of the news Ethnic clashes in Darfur could reignite Sudan’s old conflict for this day. We hope that we have succeeded by giving you the full details and information. To follow all our news, you can subscribe to the alerts system or to one of our different systems to provide you with all that is new.