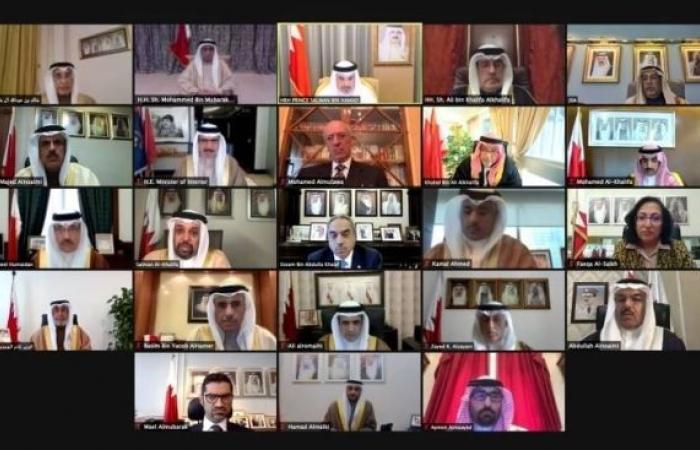 MANAMA — Bahrain’s Cabinet has lauded Saudi Arabia’s bid to bring about a political solution to the Yemen crisis, calling it a reflection of the Kingdom’s continuous efforts to promote peace in the Middle East through cooperation with its allies.

In a weekly session on Monday, which was conducted virtually and chaired by Bahrain’s Crown Prince Salman bin Hamad bin Isa Al Khalifa, who is also the prime minister of the country, the Cabinet welcomed the statements made by US President Joe Biden regarding US-Saudi cooperation to address threats to Saudi Arabia’s security and stability, and the confirmation of US support for diplomatic efforts to resolve the Yemen crisis.

The Council of Ministers in Bahrain stressed that the development and sustainability of the healthcare sector is a government priority, recalling the role of the late Prime Minister Prince Khalifa bin Salman Al Khalifa in supporting the development of the center, wishing it success in providing the highest levels of healthcare services.

The Cabinet praised the vigilance of the security services, which led to the prevention of terrorist operations aimed at detonating bombs at two ATM machines in the areas of Al-Naim and Jidhafs, stressing that the government will stand against anything that endangers the security and safety of citizens and residents.

The Bahraini Cabinet also reviewed COVID-19 developments and once again stressed the importance of a renewed commitment to precautionary procedures and preventative measures, as well as encouraging citizens and residents to register for vaccination.

The Cabinet called on citizens and residents in Bahrain to adhere to all instructions issued by the coronavirus national taskforce in the interest of the health and safety of all. In this regard, the Cabinet expressed its appreciation to health workers for their unwavering efforts in safeguarding the community in Bahrain.

These were the details of the news Bahrain Cabinet lauds Saudi Arabia's efforts to bring about political solution to Yemen crisis for this day. We hope that we have succeeded by giving you the full details and information. To follow all our news, you can subscribe to the alerts system or to one of our different systems to provide you with all that is new.

PREV Another Thai protest leader says has Covid-19 after weeks in jail
NEXT Media: Myanmar arrests 39 over blasts, seeking training with rebels