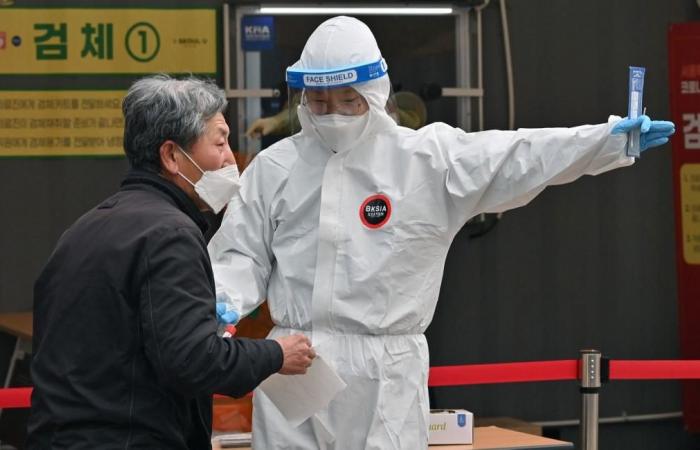 Jeddah - Yasmine El Tohamy - YANGON: Myanmar’s generals issued a stern warning against further protests on Monday as a mass uprising against their coup gathered pace, with hundreds of thousands on the streets demanding the release of ousted leader Aung San Suu Kyi.
The junta has so far refrained from using deadly force to quell the demonstrations sweeping most of the country, but with pressure building riot police fired water cannon in an attempt to disperse thousands gathered on a highway in Naypyidaw.
The military last week detained Suu Kyi and dozens of other members of her National League for Democracy party, ending a decade of civilian rule and triggering widespread international condemnation.
In the face of an increasingly bold wave of defiance rippling across the country, state broadcaster MRTV warned that opposition to the military takeover was unlawful and signaled a potential crackdown.
“Action must be taken according to the law with effective steps against offenses which disturb, prevent and destroy the state’s stability, public safety and the rule of law,” said a statement read by an announcer on the channel.
Tens of thousands of people rallied over the weekend in the first major outpourings of opposition, and the movement built on Monday with bigger protests in key locations across the country, as well as the start of a nationwide strike.
In Yangon, the nation’s commercial capital, massive throngs spilt onto the city’s main roads, immobilizing traffic across the city and dwarfing the previous day’s crowds.
“Down with military dictatorship” and “release Daw Aung San Suu Kyi and arrested people,” the protesters chanted, flashing the three-finger salute that has come to symbolize their movement as car horns were honked in support.
Calls for a nationwide strike had gathered momentum over the weekend, with textile workers, civil servants and railway employees walking off the job in the commercial hub.
“This is a work day, but we aren’t going to work even if our salary will be cut,” one protester, 28-year-old garment factory worker Hnin Thazin, said.
Construction worker Chit Min, 18, joined the Yangon rally saying his loyalty to Suu Kyi outweighed immediate concerns about his financial situation.
“I am jobless now for a week because of the military coup, and I am worried for my survival,” he said.
Similarly, large crowds marched in Mandalay, the second-largest city and former seat of the country’s precolonial monarchy, many clutching photos of Suu Kyi and waving the red flags of her NLD party.
Police attempted to disperse thousands of people gathered on a highway in Naypyidaw, where Suu Kyi is believed to be detained.
Water cannon was fired into the crowd, injuring at least two demonstrators, according to a photographer on the scene.
Huge rallies were also reported across much of the country, from Muse on the Chinese border to the southern cities of Dawei and Hpa-an.
Myanmar’s generals staged their putsch by detaining Suu Kyi, 75, and other top NLD leaders in pre-dawn raids.
The generals justified the coup by claiming fraud in last November’s elections, which the NLD won in a landslide.
The junta proclaimed a one-year state of emergency, and promised to hold fresh elections after that, without offering any precise timeframe.
US President Joe Biden has led the global calls for the generals to relinquish power.
Pope Francis on Sunday also expressed “solidarity with the people of Myanmar,” urging the army to work toward “democratic coexistence.”
Other bold displays of defiance inside Myanmar have included a nightly clamor of people banging pots and pans — a practice traditionally associated with driving out evil spirits.
The surge in popular dissent on the weekend overcame a nationwide Internet blockade.
Myanmar’s military had ruled the country for decades before allowing civilian rule a decade ago.
As the opposition leader, Suu Kyi spent large chunks of her life under house arrest during the previous dictatorship, winning the Nobel peace prize for her efforts.
Kyaw Zin Tun, an engineer, said Monday while protesting in Yangon he remembered the fear he felt growing up under junta rule during his childhood in the 1990s.
“In the last five years under the democratic government, our fears were removed. But now fear is back again with us, therefore, we have to throw out this military junta for the future of all of us,” the 29-year-old said.

These were the details of the news South Korea seeks to reassure aging residents after raising COVID-19 vaccine questions for this day. We hope that we have succeeded by giving you the full details and information. To follow all our news, you can subscribe to the alerts system or to one of our different systems to provide you with all that is new.