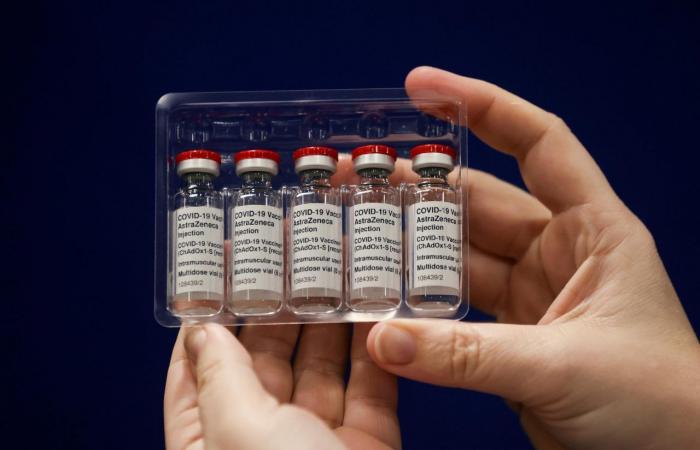 The coronavirus has killed 2.3 million people and turned normal life upside down for billions but new variants have raised fears that vaccines will need to be tweaked and people may have to have booster shots.

Researchers from the University of Witwatersrand and the University of Oxford said in a prior-to-peer analysis that the AstraZeneca vaccine provided minimal protection against mild or moderate infection from the so-called South African variant among young people.

“This study confirms that the pandemic coronavirus will find ways to continue to spread in vaccinated populations, as expected,” said Andrew Pollard, chief investigator on the Oxford vaccine trial.

“But, taken with the promising results from other studies in South Africa using a similar viral vector, vaccines may continue to ease the toll on health care systems by preventing severe disease.”

South African Health Minister Zweli Mkhize said on Sunday the rollout would be put on hold and that the government would await advice from scientists on how best to proceed.

The AstraZeneca vaccine was the big hope for Africa as it is cheap and easier to store and transport than the Pfizer shot, making South Africa’s move a major blow, with implications for other regions.

An analysis of infections by the South African variant showed there was only a 22% lower risk of developing mild-to-moderate COVID-19 versus those given a placebo.

If vaccines do not work as effectively as hoped against new and emerging variants, then the world could be facing a much longer and more expensive battle than previously thought.

Protection against moderate-severe disease, hospitalisation or death could not be assessed in the study as the target population were at such low risk, the researchers said.

While thousands of individual changes have arisen as the virus mutates on replication and evolves into new variants, only a tiny minority are likely to be important or change the virus in an appreciable way, according to the British Medical Journal.
VACCINE SHOCK

While the lead investigator on the trial said that recent data indicated that protection against severe disease was likely from the vaccine, the study raised the prospect of repeated vaccination against a changing virus.

Professor Shabir Madhi, lead investigator on the AstraZeneca trial in South Africa, said the vaccine’s similarity to another produced by Johnson & Johnson, which reduced severe disease by 89 percent, suggested it would still prevent serious illness or death.

“There’s still some hope that the AstraZeneca vaccine might well perform as well as the Johnson & Johnson vaccine in a different age group demographic that I address of severe disease,” he told BBC radio.

Sarah Gilbert, professor of vaccinology at the University of Oxford, said efforts were under way to develop a new generation of booster shot vaccines that will allow protection against emerging variants.

“This is the same issue that is faced by all of the vaccine developers, and we will continue to monitor the emergence of new variants that arise in readiness for a future strain change,” she said.

The AstraZeneca vaccine prevents death and serious illness and is effective against the main variants of the virus in the United Kingdom, though people may have to have a booster shot as it mutates, a junior health minister said on Monday.

“There is no evidence that this vaccine is not effective in preventing hospitalisation and severe illness and death, which ultimately is what we’re seeking with these vaccines today,” junior health minister Edward Argar told Sky.

“The dominant strains in this country are not the South African strain, there are a small number of cases of that, the dominant strains here are the historic one we’ve had, and then the Kent variant, against which this vaccine is highly effective.”

Argar said just 147 people had been known to have been infected with the South African variant in Britain, though he allowed that booster shots – such as against the common flu – might be needed in future.

“It would just be normal, in a sense, as we did with the flu vaccine, to update it to catch anything the virus is trying to do to keep ahead of it.”

These were the details of the news South Africa halts AstraZeneca rollout on fears it doesn’t stop mild illness for this day. We hope that we have succeeded by giving you the full details and information. To follow all our news, you can subscribe to the alerts system or to one of our different systems to provide you with all that is new.