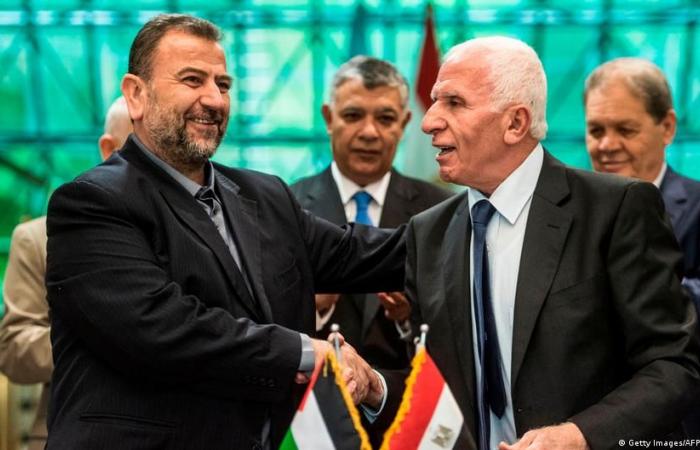 No Palestinian elections have been held in Gaza, the West Bank and East Jerusalem for 15 years.

As well as Hamas and Fatah there are thought to be around a dozen other factions represented in the Cairo talks. Among those invited was Islamic Jihad, a militant group which boycotted the 1996 and 2006 elections and which, Palestinian sources said, is now considering whether to take part this year.

But such is the mistrust between the rivals that issues on the agenda include electoral basics such as how ballot stations will be guarded and how courts will adjudicate election disputes.

There is widespread skepticism that the elections will even happen.

Many Palestinians believe they are primarily an attempt by Abbas to show his democratic credentials to the new administration of President Joe Biden, with whom Abbas wants to reset relations after they reached a new low under President Donald Trump.

“There are equal chances for success and failure,” said Hani Al-Masri, a political analyst in the Israeli-occupied West Bank, who is taking part in the talks as an independent.

Abbas’s western-backed Palestinian Authority (PA), which has limited self-rule in the Israeli-occupied West Bank, plans to hold parliamentary elections on May 22 and a presidential vote on July 31.

There are 2.8 million eligible voters in Gaza and the West Bank, and more than 80 percent of them have so far been registered with the Central Election Commission. Palestinian voting age is 18 years old.

The last ballot in 2006 ended in a surprise win by Hamas in its first parliamentary elections. That set up a power struggle between Hamas, with its power base in Gaza, and Fatah in the West Bank.

By Nidal Almughrabi and Ali Sawafta, Editing by William Maclean

These were the details of the news Hamas and Fatah hold Egyptian-brokered reconciliation talks in Cairo for this day. We hope that we have succeeded by giving you the full details and information. To follow all our news, you can subscribe to the alerts system or to one of our different systems to provide you with all that is new.