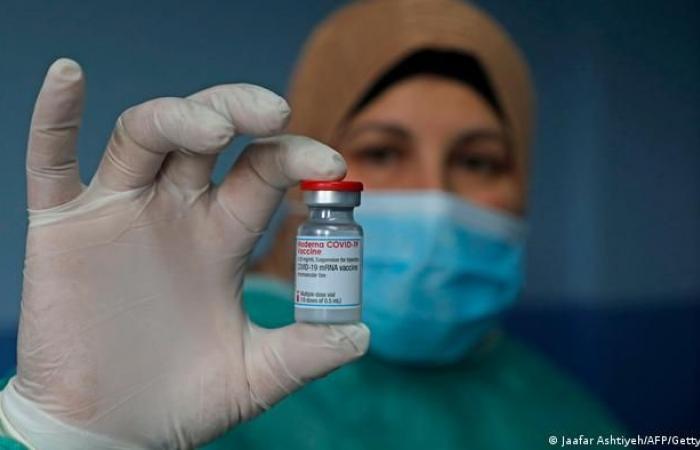 You are now following the details of the COVID-19 vaccines as ‘biological warfare’ in Middle East? news and now we leave you with the details

Mohamed Nass - Cairo - Aid and human rights organizations say they fear that the COVID-19 vaccine could become a tool for governments, rebel groups and other fighters involved in conflicts in the Middle East to advance their own goals.

Using vaccines this way “is a form of indirect, passive biological warfare,” Annie Sparrow, a public health expert at the Icahn School of Medicine at Mount Sinai, in New York, told DW.

It has happened before and it has been very deliberate, Sparrow said. Near the beginning of the Syrian civil war, in 2013, a disease the world had mostly eradicated broke out in Deir ez-Zour. The country officially eliminated polio in 1995. But medical researchers say that in 2012, Bashar al-Assad’s government deliberately excluded the area, controlled by fighters who oppose it, from earlier routine vaccination drives. “This was a man-made outbreak,” Sparrow wrote at the time.

Today there are fears the same sort of thing might happen with COVID-19 vaccines.

The politics of vaccination

“We have significant concerns for several reasons,” Sara Kayyali, a Syria expert at Human Rights Watch, said. Her organization is worried about the destruction of infrastructure in Syria, everything from the deliberate targeting of hospitals and medical workers to lack of water or power. Human Rights Watch is also concerned about the politics of supplying vaccines to Syria.

Kayyali explains that current and potential closures of border crossings nearest opposition-held areas, where millions of civilians still live, mean that international aid agencies will need permits from the al-Assad government to bring vaccines in. If they can get permits, they will most likely have to travel through Damascus. And this, Kayyali noted, “involves significant restrictions.”

“The Syrian government is being difficult to make sure that there is dependency on them,” the researcher explained. “This is no surprise. We have seen them use aid to really punish people before.”

For example, a December 2020 report by the US organization, Physicians for Human Rights, on healthcare in the Syrian region of Daraa, noted that the al-Assad government kept blacklists, whereby aid was denied to families considered disloyal to the government.

Elsewhere in the Middle East, other groups in disputes are also using the COVID-19 vaccine for their own ends. Healthcare as a victim of, or tool in, conflict is nothing new, said Leonard Rubenstein, a professor at the Johns Hopkins Bloomberg School of Public Health in Baltimore. “It’s just that more attention is being paid to it now,” Rubenstein told DW. “One of the examples is what is happening in Israel.”

Israel has been the fastest in the world to vaccinate its population. It has sent COVID-19 doses hundreds of kilometers to illegal Israeli settlements in the West Bank but has refused to help vaccinate over 2.7 million Palestinians living around them. It only recently sent 2,000 doses to Palestinian medical staff. According to the United Nations, instructions were given in the Israeli prison system that Palestinian prisoners were not to be vaccinated either.

Israel has vaccinated almost 50 percent of its population already

Israel argues that, according to the Oslo Accords, set up in the 1990s to provide a temporary framework for governing Gaza and the West Bank, the Palestinians should take care of their own health needs. However, as has been pointed out by critics, the Oslo Accords also contain a phrase that says the two parties should cooperate to combat “epidemics or contagious diseases.”

Additionally, international humanitarian law says that an occupying power must take responsibility for the healthcare of the occupied. Israel usually denies it is occupying the West Bank.

In Yemen, where a war has been ongoing since 2014, the internationally recognized government announced that COVID-19 vaccines, sourced through the World Health Organization’s COVAX facility for poorer countries, would arrive in April or May. The amount delivered may only cover 20 percent of the population but the government says it will distribute doses in areas controlled by the rebel Houthi organization, with whom it is fighting, too. The Houthis control the most populated central and northern parts of Yemen.

No vaccines by ‘Jews and Christians’

However, the Houthi rebels have been antagonistic toward aid organizations — for example, only allowing them access to civilians in exchange for medical supplies for their own wounded fighters. Blockades of vaccination campaigns and disinformation are thought to be responsible for a late-2020 polio outbreak in Houthi-controlled areas. Religious leaders have told locals not to use “vaccines made by Jews and Christians” and at one stage, the Houthi health minister even said they would develop their own COVID-19 vaccine.

Polio vaccinations underway in Yemen in 2020, after an earlier outbreak

At the same time, Saudi Arabia, which backs the government in south Yemen and has led an aerial war against the Iran-affiliated Houthis, pledged to help fund the purchase of more COVID-19 vaccines for Yemen. Yet, the Saudi-led coalition has also conducted over 130 attacks on medical facilities in Houthi-held areas between 2014 and 2019, according to the Yemen Archive, which documents human rights abuses in the country.

Virus only has one job

Meanwhile in Libya, the internationally recognized government in Tripoli will receive almost 2.8 million doses of COVID-19 vaccines from COVAX. Up until relatively recently Libya was being governed by two separate authorities — one in the east, the other in the west, in Tripoli. But Claudia Gazzini, an analyst on Libya for the consultancy, International Crisis Group, doesn’t believe that vaccines will be weaponized here. “On a more technical level, the two sides actually coordinate a lot and institutional ties are improving,” she said, with the COVID-19 response coming from out of Tripoli but working through representatives in the east.

Public health expert Sparrow doesn’t doubt that different parties to various regional conflicts might try to use the COVID-19 vaccine to advance their own agendas. “I don’t think that you can have any naivete about how governments will use these vaccinations,” she told DW. “But what is stupid is that by not giving people a shot in the arm, governments are shooting themselves in the foot. You cannot actually protect your country unless you vaccinate everybody, at the same time.”

Sparrow explains that the more a population remains unvaccinated, the more opportunity a virus has to mutate. Those mutations may eventually be able to re-infect people who have already been vaccinated if the virus isn’t taken out of circulation, she said.

“The virus doesn’t care whether you are Palestinian or Israeli,” Sparrow concludes. “It’s only job is to infect and evolve.”

These were the details of the news COVID-19 vaccines as ‘biological warfare’ in Middle East? for this day. We hope that we have succeeded by giving you the full details and information. To follow all our news, you can subscribe to the alerts system or to one of our different systems to provide you with all that is new.