Around the globe, virus cancels spring travel for millions 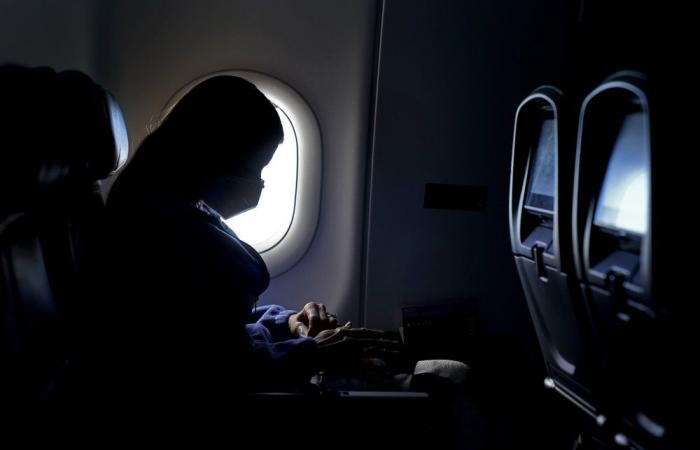 You are now following the details of the Around the globe, virus cancels spring travel for millions news and now we leave you with the details

All of it canceled, in doubt or under pressure because of the coronavirus.

Amid fears of new variants of the virus, new restrictions on movement have hit just as people start to look ahead to what is usually a busy time of year for travel.

It means more pain for airlines, hotels, restaurants and tourist destinations that were already struggling more than a year into the pandemic, and a slower recovery for countries where tourism is a big chunk of the economy.

Colleges around the US have been canceling spring break to discourage students from traveling. After Indiana University in Bloomington replaced its usual break with three “wellness days,” student Jacki Sylvester abandoned plans to celebrate her 21st birthday in Las Vegas.

Instead she will mark the milestone closer to home, with a day at the casino in French Lick, Indiana, just 50 miles (80 kilometers) away.

“I was really looking forward to getting out of here for a whole week. I wanted to be able to get some drinks and have fun — see the casinos and everything — and honestly see another city and just travel a little,” she said.

“At least it’s letting us have a little fun for a day in a condensed version of our original Vegas plans. Like, I’m still going to be able to celebrate. … I’m just forced to do it closer to home.”

At bus and train stations in China, there is no sign of the annual Lunar New Year rush. The government has called on the public to avoid travel following new coronavirus outbreaks. Only five of 15 security gates at Beijing’s cavernous central railway station were open; the crowds of travelers who usually camp on the sprawling plaza outside were absent.

The holiday, which starts Feb. 12, is usually the world’s single biggest movement of humanity as hundreds of millions of Chinese leave cities to visit their hometowns or tourist spots or travel abroad. For millions of migrant workers, it usually is the only chance to visit their hometowns during the year. This year, authorities are promising extra pay if they stay put.

The government says people will make 1.7 billion trips during the holiday, but that is down 40 percent from 2019. Departures from Beijing and Chengdu in the southwest are forecast to drop 75 percent, according to travel associations.

Each news cycle seems to bring new restrictions. US President Joe Biden reinstituted restrictions on travelers from more than two dozen European countries, South Africa and Brazil, while people leaving the US are now required to show a negative test before returning.

Canada barred flights to the Caribbean. Israel closed its main international airport. Travel into the European Union is severely restricted, with entry bans and quarantine requirements for returning citizens.

For air travel, “the short-term outlook has definitely darkened,” said Brian Pearce, chief economist for the International Air Transport Association. Governments have poured $200 billion into propping up the industry.

The United Nations World Tourism Organization says international arrivals fell 74 percent last year, wiping out $1.3 trillion in revenue and putting up to 120 million jobs at risk. A UNWTO expert panel had a mixed outlook for 2021, with 45 percent expecting a better year, 25 percent no change and 30 percent a worse one.

“The overall prospects of a rebound in 2021 seem to have worsened,” the organization said.

In Europe the outlook is clouded by lagging vaccine rollouts and the spread of the new variants.

That means “there is a growing risk of another summer tourist season being lost” said Jack Allen-Reynolds at Capital Economics. “That would put a huge dent in the Greek economy and substantially delay the recoveries in Spain and Portugal.”

Travel company TUI is offering package vacations in the sun in Greece and Spain, but with broad cancellation provisions to attract cautious customers. Places that can be reached by car, such as Germany’s North Sea islands and the Alps, are benefiting to some extent because they offer a chance to isolate. The German Vacation Home Association says the popular locations are 60 percent booked for July and August already.

Thailand, where about a tenth of the population depends on tourism for its livelihood, requires a two-week quarantine for foreigners at designated hotels costing about $1,000 and up. So far, only a few dozen people a day are opting to visit. Tourist arrivals fell to under 7 million in Thailand in 2020 and are forecast to reach only 10 million this year from 40 million in 2019.

Indonesia’s resort island of Bali has deported dozens of foreigners and began restricting foreign arrivals on Jan. 1 as its coronavirus caseload has exceeded 1 million.

Gerasimos Bakogiannis, owner of the Portes Palace hotel in Potidaia in Greece’s northern Halkidiki region, said he is not even opening for Western Easter on April 4 but will wait a month for Greek Orthodox Easter on May 2 — and, he hopes, the start of a better summer.

“If this year is like last year, tourism will be destroyed,” he said.

Image: A passenger wears a face mask she travels on a Delta Airlines flight Wednesday, Feb. 3, 2021, after taking off from Hartsfield-Jackson International Airport in Atlanta. Amid fears of new variants of the virus, new restrictions on movement have hit just as people start to look ahead to what is usually a busy time of year for travel. (AP Photo/Charlie Riedel)

These were the details of the news Around the globe, virus cancels spring travel for millions for this day. We hope that we have succeeded by giving you the full details and information. To follow all our news, you can subscribe to the alerts system or to one of our different systems to provide you with all that is new.