Philippines, US to iron out differences on visiting forces pact 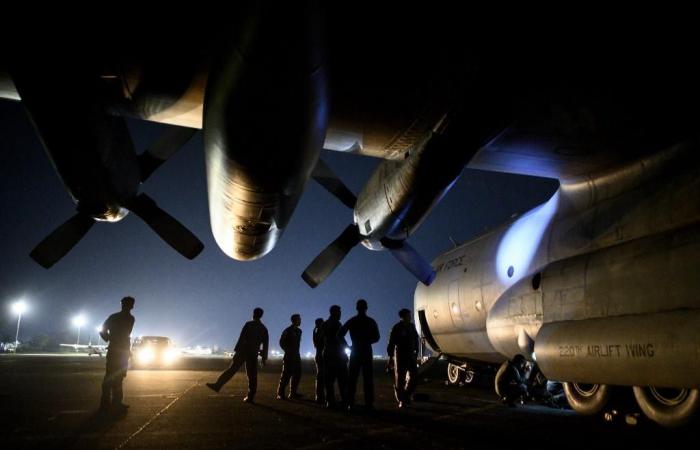 Thank you for reading the news about Philippines, US to iron out differences on visiting forces pact and now with the details

Jeddah - Yasmine El Tohamy - WASHINGTON: George Shultz, Ronald Reagan’s genial secretary of state who identified a diplomatic opening that helped end the Cold War but contributed to a new brand of conflict by advocating preemptive strikes, has died. He was 100.
An economics professor who saw himself more as a data-driven expert than an ideologue, Shultz had the rare distinction of serving in four different cabinet positions — including Treasury secretary as Richard Nixon dismantled the post-World War II Bretton Woods monetary system.
President Joe Biden said “few people did as much to shape the trajectory of American diplomacy and American influence in the 20th century” as Shultz.
“I regret that, as president, I will not be able to benefit from his wisdom, as have so many of my predecessors,” Biden said in a statement.
Secretary of State Antony Blinken described Shultz as a “legend” and a “visionary.”
In the Reagan White House, notorious for infighting, Shultz was one of the least controversial figures, cultivating cordial ties with Congress and the press and — most crucially — rock-solid backing from the president himself, who kept Shultz as his top diplomat for six and a half years.
In early 1983, half a year into his tenure, Shultz returned from China to a snowed-under Washington and was invited by Nancy Reagan to a casual dinner at the White House, where he was intrigued to hear the famously anti-Communist president sound eager to meet the Soviets.
“He had never had a lengthy session with an important leader from a Communist country, and I could sense he would relish such an opportunity,” Shultz wrote in his memoir, “Turmoil and Triumph.”
Days afterward, Shultz brought the Soviet ambassador to the White House in an unmarked car for a secret meeting with Reagan, who pressed for Moscow to allow the emigration of Pentecostal Christians who had sought refuge in the US embassy.
The Soviets quietly followed through. Reagan’s unlikely role as a negotiator with the superpower he termed an “evil empire” had begun.

Mikhail Gorbachev
In 1985, Mikhail Gorbachev ascended to the helm of the Communist Party, and Shultz — joining then-vice president George H.W. Bush — flew to Moscow and met him at the funeral of his predecessor, Konstantin Chernenko.
Shultz immediately detected opportunities with Gorbachev.
“Gorbachev is totally different from any Soviet leader I’ve met,” Shultz told reporters.
A former Marine who fought the Japanese in World War II, he recalled the trust he built with the Soviets as Treasury secretary when he offered a sincere salute at a memorial to their war dead.
Shultz’s approach with Gorbachev encountered deep skepticism from Defense Secretary Caspar Weinberger and CIA chief Bill Casey, but Reagan overruled them.
By 1987, Reagan and Gorbachev signed the landmark Intermediate-Range Nuclear Forces Treaty. The Soviet Union soon began disintegrating after Gorbachev initiated liberal reforms and dissent grew.
Shultz later played down Gorbachev’s role, pointing to underlying weaknesses in the Soviet system and crediting the US leader’s massive boost in defense spending.
He also hailed European allies, especially West Germany, that defied public protests against NATO missile deployments in the 1980s.
“The Soviets had to see that and realize that we were strong and our diplomacy was based on strength,” Shultz said in a 2015 appearance at Stanford University’s Hoover Institution, where he spent his post-government career.

Hezbollah terrorism
Shultz became secretary of state weeks after Israel invaded Lebanon, a nation that would become central to an issue that would define his tenure: terrorism.
In 1983, a suicide bomber suspected to be a Shiite Muslim militant blew up the barracks of US Marines serving as peacekeepers in Lebanon, killing 241, with a second attack targeting French forces, killing 59.
With hijackings and bombings rising around the world, Shultz vowed in a 1984 speech at a New York synagogue that the United States would go “beyond passive defense to consider means of active prevention, preemption and retaliation.”
“We cannot allow ourselves to become the Hamlet of nations, worrying endlessly over whether and how to respond,” said Shultz, who recommended the US strikes on Libya in 1986 after a US soldier died in an attack on a Berlin nightclub.
Shultz’s doctrine was cited two decades later when George W. Bush’s administration invaded Iraq, inaccurately alleging it was pursuing weapons of mass destruction.
Shultz vocally backed the invasion, which along with ensuing wars would claim hundreds of thousands of lives.
Declaring Iraq to be a “rogue state,” Shultz said Saddam Hussein’s overthrow was crucial “for the integrity of the international system and for the effort to deal effectively with terrorism.”
While secretary of state, Shultz’s policies in the Middle East were more moderate. He repeatedly clashed with ally Israel, especially over Lebanon, and opened contacts with the Palestine Liberation Organization.
Shultz had served Nixon as labor secretary and also headed his Office of Management and Budget, a cabinet-level post.
In an essay for his 100th birthday in 2020, he bemoaned the style of Donald Trump, saying that the United States, like individuals, could succeed only if others trust it.
“Put simply,” Shultz said, “trust is the coin of the realm.”

These were the details of the news Philippines, US to iron out differences on visiting forces pact for this day. We hope that we have succeeded by giving you the full details and information. To follow all our news, you can subscribe to the alerts system or to one of our different systems to provide you with all that is new.