Israel’s Netanyahu returns to court as graft trial ramps up 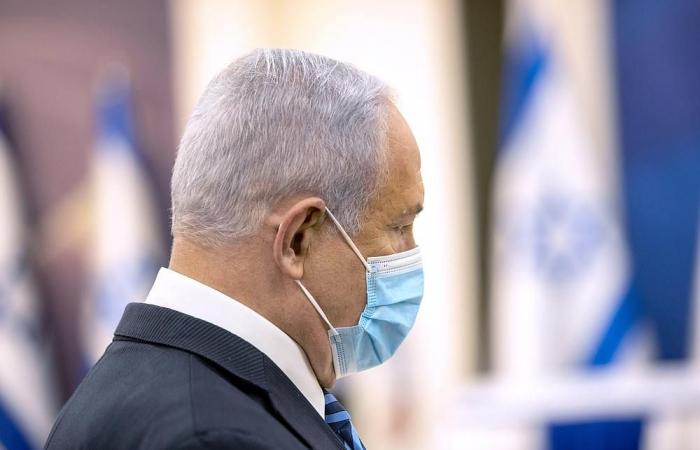 JERUSALEM, Feb 8 — Israel’s Prime Minister Benjamin Netanyahu returns to court today to formally respond to the corruption charges against him, as his trial enters an intensified phase six weeks before he faces re-election.

Netanyahu, the first Israeli premier to be indicted in office, was charged last year over allegations that he accepted improper gifts and sought to trade regulatory favour with media moguls in exchange for positive coverage.

The combative 71-year-old prime minister blasted the charges as “fabricated and ludicrous” ahead of his first court appearance in May, and has claimed to be the victim of a witch-hunt.

Repeatedly suggesting the charges against him have been trumped up, Netanyahu has taken direct aim at his hand-picked attorney general, Avichai Mandelblit.

At the Monday hearing, which was pushed back multiple times due to coronavirus restrictions, Netanyahu is compelled to appear in person to deliver the defendant’s formal response to the allegations.

This marks the beginning of the trial-proper, with subsequent sessions focused on testimony and evidence.

The trial schedule may force Netanyahu to appear in court multiple times a week, as he campaigns ahead of Israel’s fourth election in less than two years to be held on March 23.

When Netanyahu last appeared in court nine months ago, he was fresh off a political victory, forming a coalition government with his election rival Benny Gantz, following three inconclusive votes.

But that fraught coalition proved short-lived and collapsed in December, with Gantz branding Netanyahu as serially dishonest.

It is unclear whether the cloud of the trial will hurt the premier’s re-election chances in March.

Proceeding now “will be lending a hand to blatant meddling in the elections”, he told the right-wing Israel Hayom newspaper yesterday.

Levin charged that it was unfair for the prosecution to present its case during the election campaign, while the defence rebuttals are scheduled for after election day.

Several recent polls show that Netanyahu’s right-wing Likud remains the strongest party by a comfortable margin, but it is not certain that it will be able to form a 61-seat majority with its conservative and religious allies.

For the first time in his political career, Netanyahu is also facing a challenge from a prominent Likud defector: Gideon Saar, who broke with the prime minister to form his own New Hope party.

The charges against Netanyahu are divided into three separate cases.

The most serious — known as Case 4,000, in which the premier is accused of bribery, fraud and breach of trust — centres on the allegation that Netanyahu negotiated with Shaul Elovitch of the telecommunications giant Bezeq to secure positive coverage on his Walla! news site in exchange for policies benefiting Bezeq.

Elovitch and his wife were also indicted.

Case 2,000 concerns allegations Netanyahu sought a deal with the owner of the Yediot Aharonot newspaper that would have seen it give him more favourable coverage.

Case 1,000 involves allegations Netanyahu and his family received gifts, including luxury cigars, champagne and jewellery estimated to be worth more than 700,000 shekels (RM865,000), from wealthy individuals, in exchange for financial or personal favours.

Weekly protests against him have rumbled on for months, with demonstrators from the “Crime Minister” movement focusing on the graft allegations.

Others have protested against the government’s handling of the pandemic.

A counter-protest movement in support of Netanyahu has also taken to the streets.

The prime minister yesterday urged his followers to not demonstrate outside the court, citing the danger from coronavirus mutations.

“I know you are planning on coming to the court tomorrow. I know you want to offer me strength in the face of the crumbling and deceitful cases against me,” he said.

These were the details of the news Israel’s Netanyahu returns to court as graft trial ramps up for this day. We hope that we have succeeded by giving you the full details and information. To follow all our news, you can subscribe to the alerts system or to one of our different systems to provide you with all that is new.