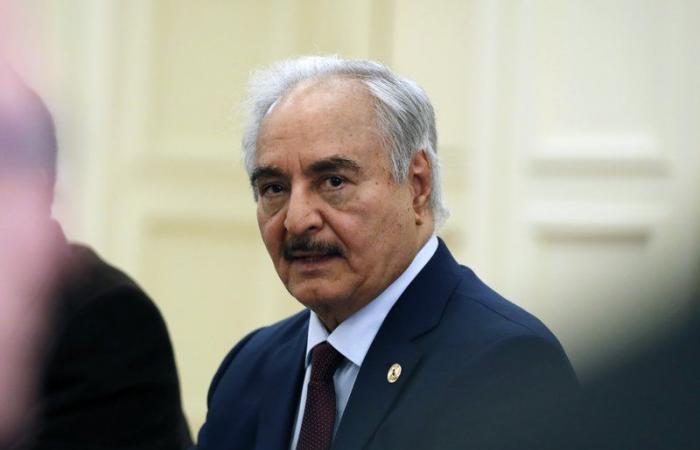 Mohamed Nass - Cairo - CAIRO (AP) — Eastern Libyan forces Saturday welcomed the appointment of an interim government to lead the war-torn North African country through to national elections scheduled for later this year, in what could be a key step toward reuniting the country.

In a statement, the self-styled Libyan Arab Armed Forces, which are led by Khalifa Hifter, congratulated “the national figures” who were chosen in a UN-brokered process.

“The Libyan people hope that it will work tirelessly to provide services and prepare the country for general elections on Dec. 24, 2021,” the statement said, referring to the interim government, which includes a prime minister and three-seat Presidential Council.

The statement was the first made by Hifter’s followers since the defeat of his ally, Aguila Saleh, the speaker of Libya’s eastern parliament who ran to head the Presidential Council.

Hifter’s forces control much of eastern and southern Libya.

After months of talks, the UN process — known as the Libyan Political Dialogue Forum which includes 75 delegates from across the country — appointed Mohammad Younes Menfi, a Libyan diplomat from the country’s east, as chairman of the Presidential Council, and Abdul Hamid Mohammed Dbeibah, a powerful businessman from the western city of Misrata, as prime minister.

Libya descended into chaos following the 2011 uprising that ousted and killed longtime dictator Moammar Gadhafi. The country has been divided since 2015 between two governments, one in the east and one in the west, with each backed by an array of militias and foreign governments.

Dbeibah, the appointed prime minister, should form a Cabinet and present its program within three weeks.

In his first speech since UN-brokered breakthrough in talks, Dbeibah said that failure for the transitional government “is not an option.”

He said that the appointment of the interim government represented “the victory of national unity, reunification, peace-building and achieving the desired democracy.”

“We call on all countries, without exception, to be our partners in achieving stability in the region,” he said.

However, analysts warned about towering challenges on the road to ending the years-long chaos in the oil-rich county.

Wolfram Lacher, a Libya expert at the German Institute for International and Security Affairs, argued that the selected interim government would bring Libya “no step closer to reunifying” its institutions.

“No political project unites them, only opportunism,” he said. “They won not because people voted for them, but because they voted against” heavyweight politicians such as Saleh, the speaker, and Tripoli-based Interior Minister Fathi Bashaga who ran on one list.

Image: FILE – In this Jan. 17, 2020 file photo, Libyan Gen. Khalifa Hifter joins a meeting with the Greek Foreign Minister Nikos Dendias in Athens. Eastern Libyan forces Saturday, Feb. 6, 2021 welcomed the appointment of an interim government to lead the war-torn North African country through to national elections scheduled for later this year, in what could be a key step toward reuniting the country. In a statement, the self-styled Libyan Arab Armed Forces, which are led by Hifter, congratulated “the national figures” who were chosen in a U.N.-brokered process. (AP Photo/Thanassis Stavrakis, File)

These were the details of the news Hifter’s forces welcome appointment of interim Libyan gov’t for this day. We hope that we have succeeded by giving you the full details and information. To follow all our news, you can subscribe to the alerts system or to one of our different systems to provide you with all that is new.