Palestinian leader’s path to elections is fraught with peril 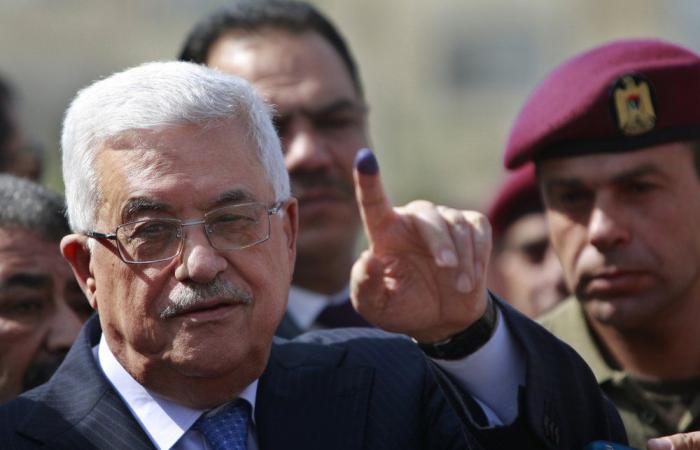 Mohamed Nass - Cairo - RAMALLAH, West Bank (AP) — Palestinian President Mahmoud Abbas’ call for elections has thrown his political future into peril, forcing him to negotiate competing demands to engage with a friendlier US administration, mend the rift with his militant Hamas rivals and keep his unruly Fatah movement from breaking apart.

The presidential decree issued last month, calling for what would be the first Palestinian elections in 15 years, stemmed from negotiations launched with Hamas last year aimed at shoring up ranks in the face of unprecedented crises.

The Trump administration had cut off all aid and proposed a Mideast plan that overwhelmingly favored Israel and would have allowed it to annex parts of the occupied West Bank. A US-brokered normalization agreement between Israel and the United Arab Emirates last summer put annexation on hold but left the Palestinians increasingly isolated in the region.

So Abbas embarked on talks with Hamas, the Islamic militant group that seized Gaza from his forces in 2007. Those discussions culminated in the presidential decree calling for legislative elections on May 22 and presidential elections on July 31.

It’s far from clear the elections will actually be held. Doing so will require an agreement between Abbas’s secular Fatah movement and Hamas, which have been bitterly divided for more than a decade despite multiple attempts at reconciliation. The two sides plan to meet in Cairo this week.

The outcome of the talks will largely depend on the 85-year-old Abbas. He has spent decades nonviolently seeking a Palestinian state in the West Bank, Gaza and east Jerusalem, territories seized by Israel in the 1967 war. Instead, he has come to rule an increasingly autocratic and unpopular Palestinian Authority confined to parts of the occupied West Bank.

Reconciling with Hamas and holding elections could shore up his legitimacy and meet longstanding Western demands for accountability. But even a limited victory by Hamas, which is considered a terrorist group by Israel and Western countries, could result in international isolation and the loss of vital aid — as it did after Hamas won the last parliamentary elections in 2006.

In a briefing with Palestinian journalists, EU representative Sven Kühn von Burgsdorff welcomed the call for elections but declined repeated requests to explain how the EU would respond to a Hamas victory.

“Do you put the cart before the horse?” he said. “Why don’t we start with the horse.”

President Joe Biden has restored aid the to the Palestinians and vowed to adopt a more even-handed approach, but the Mideast conflict is likely to take a distant backseat to more pressing crises like the coronavirus pandemic, and the US is unlikely to engage with any Palestinian government that includes Hamas. Even a government of independents supported by Hamas could pose problems for Western donors.

Elections could also precipitate the breakup of Abbas’ Fatah party. He has not groomed a successor, and could face a leadership challenge from Marwan Barghouti, a popular Fatah leader who is serving five life sentences in an Israeli prison for his role in the 2000 intifada, or uprising.

“For Barghouti, running for president is his only way out of prison, or at least this is what he thinks,” said Ali Jarbawi, a political science professor at Birzeit University in the West Bank.

Abbas might also have to contend with Mohammed Dahlan, a Fatah rival who was convicted in absentia of corruption charges by a Palestinian court after being driven out by Abbas. Dahlan has a base of support in his native Gaza and powerful allies in the United Arab Emirates, where he lives in exile.

“So far all the talk is about having one (Fatah) list, but it’s not unlikely that there would be two lists or even three,” said Jehad Harb, a Palestinian political analyst. “Or Barghouti may wait for the presidential election.”

Hamas would face its own challenges in elections, where voters might hold it accountable for the economic devastation in Gaza, which has endured three wars with Israel and a crippling Israeli-Egyptian blockade since the militant group seized power.

One idea making the rounds is to assemble a joint list of Fatah and Hamas, but that would largely settle the outcome of the parliamentary election before any ballots are cast, raising questions about its legitimacy.

Yara Hawari, senior analyst at Al-Shabaka, an international Palestinian think tank, says that either way, if the elections go ahead there will be an “engineered outcome” that allows Fatah and Hamas to maintain the status quo.

Both Palestinian authorities have suppressed dissent through torture and arbitrary arrests in the areas under their control, and Israel routinely detains Palestinian activists and cracks down on protests and boycott movements.

“It’s already been rigged,” Hawari said. “If you have a society that’s completely stifled politically, that is punished routinely for political opposition — that’s already rigged.”

The unresolved issues between Fatah and Hamas could also be used as pretexts for cancelling or postponing the elections.

The two sides still need to agree on a court to settle election disputes and a mechanism for securing polling stations in Gaza, where Palestinian security forces have had no presence since Hamas seized power. The Palestinian Authority has also demanded that Israel allow Palestinians in annexed east Jerusalem to take part in the elections.

Khalil Shikaki, the director of the Palestinian Center for Policy and Survey Research, said Abbas could cancel or postpone the elections and blame Israel or Hamas.

Abbas, whose presidential term expired in 2009, already faces a legitimacy crisis, and Western donors may rethink their support if elections are scrapped. Abbas could also face a backlash from the Palestinian public.

“The process has dynamics of its own, and although Abbas controls it, I think his calculation will have to adjust to what options he will be left with, if he unilaterally decides to cancel elections,” Shikaki said. “There will be significant disagreement within Fatah about this.”

Image: File – In this Saturday, Oct. 20, 2012 file photo, palestinian President Mahmoud Abbas shows his ink-stained finger after casting his vote during local elections at a polling station in the West Bank city of Ramallah. President Abbas called for legislative elections on May 22 and presidential elections on July 31, 2021. (AP Photo/Majdi Mohammed, File)

These were the details of the news Palestinian leader’s path to elections is fraught with peril for this day. We hope that we have succeeded by giving you the full details and information. To follow all our news, you can subscribe to the alerts system or to one of our different systems to provide you with all that is new.