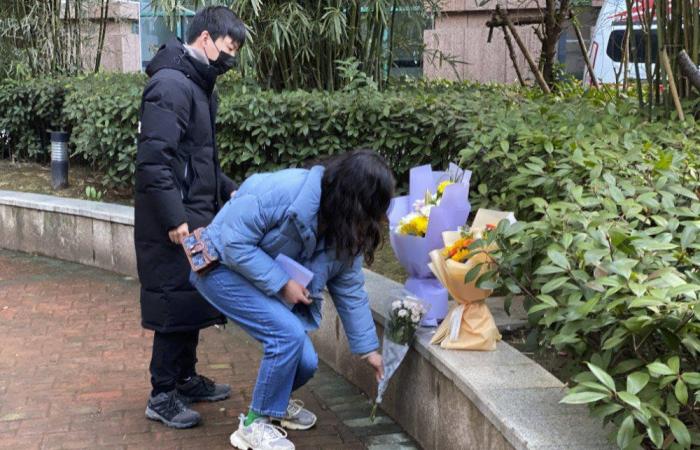 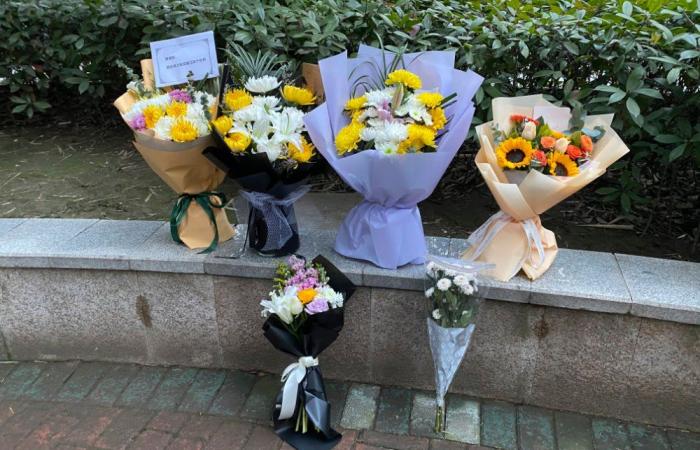 Jeddah - Yasmine El Tohamy - WUHAN, China: The message was tucked into a bouquet of chrysanthemums left by a mourner at the back of Wuhan Central Hospital to honor a Chinese whistleblower doctor who died from the coronavirus a year ago. It was simply the number of a Bible verse: Matthew 5:10.
“Blessed are those who are persecuted because of righteousness, for theirs is the kingdom of heaven,” the verse reads.
A year ago Sunday, Dr. Li Wenliang died from the virus first detected in this Chinese city. A small stream of people marked the anniversary with visits to the hospital Saturday, some leaving flowers.
The 34-year-old ophthalmologist was one of eight whistleblowers who local authorities punished early on for “spreading rumors” about a SARS-like virus in a social media group. His situation, eventually made public in media reports, made him a potent symbol for the perils of going against official messaging in China.
The Chinese public embraced Li, whose presence online had painted a picture of an ordinary person. His wife was pregnant and he was soon to be a father. He sent the “rumor” because he wanted to warn others.
The public also watched as he fell ill with the disease he was warning them about, eventually worsened, and died.

Li’s death was initially reported by Chinese state media on the night of Feb. 6, 2020, but the outlets quickly withdrew their reporting. Some hours later, in the early morning of Feb. 7, Wuhan Central Hospital announced his death.
Chinese people grieved his death, online and offline. Mourners brought flowers to the hospital, while online some people were furious and demanded for freedom of speech — posts that were quickly censored.
Li’s death seemed to raise a challenge to the central government, as public anger swelled.
“A healthy society should not have just one type of voice,” Li had said in an interview with the Chinese business magazine Caixin last year.
Central government authorities conducted an investigation in Li’s death, concluding that the officer who punished the doctor should be reprimanded. One police officer was given a demerit, while another was given an official warning, state media later reported.
At the conclusion of the investigation, authorities published a Q&A, in which they noted: “Li was a Communist Party member, not a so-called ‘person who was against the system.’” It said those who labeled him that way were “enemy forces.”
Since then, the epidemic has largely been controlled within China’s borders, and the narrative has shifted to one of triumph. China just released a film — “Days and Nights in Wuhan” — that celebrates China’s official line that the measures it took, including the unprecedented lockdown it imposed on the city, bought precious time for the world to prepare for the pandemic.
That victorious narrative has been underscored more by the devastation the pandemic has wreaked in many other countries. However, many have questioned China’s response to the virus and its level of transparency during the initial weeks.
It wasn’t until last month that China finally allowed a WHO team into the country to investigate the pandemic.
Wuhan for the most part has returned to normal, with shopping malls and streets crowded, and there is little visible evidence of the suffering the city went through. Still, a few of its residents mourn quietly.
Li’s death is still a sensitive topic, and his family has refrained from giving media interviews. While his Weibo profile has been left up, there has been no largescale public memorial.
The person who left the flowers and Bible verse Saturday declined to be interviewed, saying it was inconvenient.
Another couple who laid down a bouquet at the front of the hospital were told by plainclothes security to bring their flowers to the back of the building, where there was a garden.
A small collection of bouquets, some with messages tucked deep in the flowers, had been laid there by Saturday evening.
“Thank you Dr. Li Wenliang,” read one.

These were the details of the news Chinese whistleblower doctor honored on death anniversary for this day. We hope that we have succeeded by giving you the full details and information. To follow all our news, you can subscribe to the alerts system or to one of our different systems to provide you with all that is new.