Afghan artist on a mission to preserve art traditions 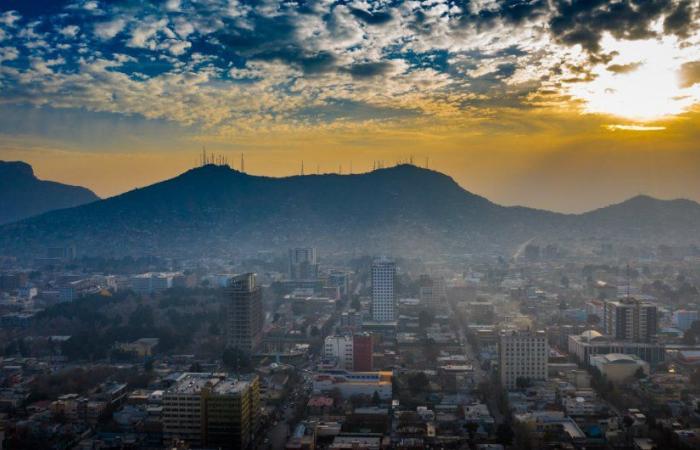 Jeddah - Yasmine El Tohamy - KABUL: In a ramshackle part of the Baraki district of old Kabul, the capital of Afghanistan, Sami Jan Faqiry is teaching calligraphy and painting to a group of children for a few hours every day.
He teaches his pupils, who are between nine and 16 years of age, at the Seven Colours “school” in small premises he rents, but a decline in local interest for artwork and the effect of modern technology overtaking a demand for the craft mean that his income is meager.
However, Faqiry, 28, who studied art from a private teacher, is among a group of young artists who are pushing through new challenges to retain old traditions and culture.
“Our people have turned too much toward artificial and computerized art. If we do not teach these children how to paint or do calligraphy, we may lose a part of our culture and tradition one day,” Faqiry told Arab News.
Another reason, he says, is to offer the children — traumatized by decades of war, daily violence, lack of education and a dilapidated economy — an escape from reality by using art as therapy.
“Since our students are young and deeply traumatized by war, art helps divert their attention from the daily sufferings and calamities (and channel it) toward positive thinking. Most of them draw or paint historical areas of the country or our rich culture,” Faqiry said.
The walls of his classroom are decorated with paintings depicting the natural beauty of Afghanistan, its former rulers, singers and traditional garments such as the turban, Karakul hats or its unique flora and fauna. Sometimes, the best artwork is displayed at exhibitions in Kabul, with all proceeds from the sales given back to the students.
“A rich student might study for other professions in advanced universities and schools. The poor ones, who cannot afford that, will end up on the streets or will soon turn to crime if they are not kept busy in courses like these,”
Faqiry said. Nearly 46 percent of Afghanistan’s about 36 million population is under 15. According to a 2016 report by the Human Rights Watch, at least a quarter of Afghan children between the ages of five and 14 work to support themselves or their families, and only about half of them attend school.
The students said the art classes had taught them to be “positive.”
“This course has been highly useful for all of us. It is our winter holiday time, and here we learn something positive,” said Mahboba, aged nine.
Afghanistan boasts a strong tradition of visual art techniques, with calligraphy topping the list, but more than four decades of conflict and a rise in the use of digital media have affected traditional disciplines such as oil painting and calligraphy.
“Signs, advertisements, invitation cards and everything else is now being done by computers. We hardly have work,” said Samsoor Naqash, a former calligrapher. “I had to give up art and sell fruit instead.”

These were the details of the news Afghan artist on a mission to preserve art traditions for this day. We hope that we have succeeded by giving you the full details and information. To follow all our news, you can subscribe to the alerts system or to one of our different systems to provide you with all that is new.