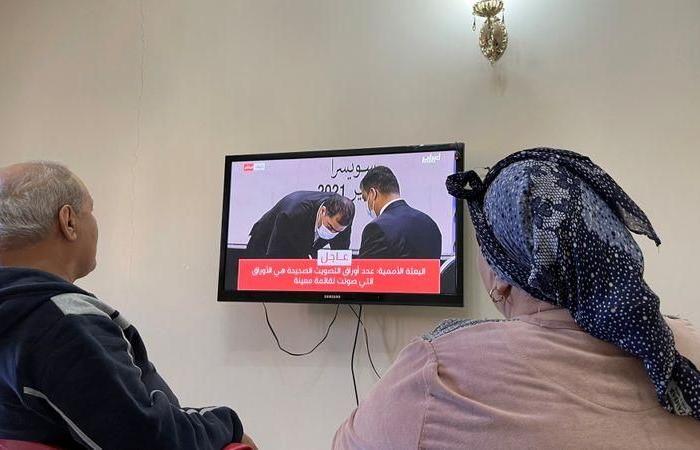 Mohammed al-Menfi, a former diplomat from Benghazi, will head a three-man presidency council, while Abdulhamid Dbeibeh, from the western city of Misrata, will head the government as prime minister.

Libya has been engulfed in chaos since a NATO-backed intervention ended Muammar Gaddafi’s four-decade rule in 2011 and has been split since 2014 between warring administrations backed by foreign powers in the west and east.

However, with many factions in the country afraid to surrender influence they already hold, and with foreign powers invested in local allies, the new government may rapidly come under pressure.

“My appeal to everybody is to recognize and accept these results and to work with the new authorities that were elected,” U.N. Secretary-General Antonio Guterres said.

The appointment of a new government may also do little to change the balance of military power on the ground, where armed groups rule the streets and factions remain split between east and west along a fortified front line.

“This is the last chance for the Libyan people and political leaders to end the conflict and division in the country. We hope to reach the stage of elections, just as they have promised, to achieve the people’s demands,” said Gamal al-Fallah, a political activist in Benghazi.

Analysts describe the new government team as surprise winners of a leadership contest against three other groups of candidates presented to the 75 Libyan participants picked by the United Nations to take part in political talks.

A slate that included the eastern-based parliament head Aguila Saleh and western-based interior minister Fathi Bashagha was widely seen as the most likely to succeed but lost in a run-off by 39 votes to 34.

“This is certainly a shake-up, and as a result it will get support from groups that were preparing to fight Aguila or Fathi,” said Tarek Megerisi, of the European Council on Foreign Relations.

The winning leadership group also includes Musa al-Koni, from the south, and Abdullah al-Lafi, from the west, in the presidency council. Bashagha tweeted his support for the process and for the new government after the vote.

All candidates for the new government promised to honour the plans to hold presidential and parliamentary elections on Dec. 24 and not to run for office then. The UN publicly displayed their signed pledges.

Dbeibeh has until Feb. 26 to present a new government to the parliament, which then has three weeks to approve it.

The latest U.N. process emerged from a Berlin conference last year and gathered pace in the autumn after commander Khalifa Haftar’s eastern-based forces were repelled from a 14-month assault on Tripoli.

It has also involved a military ceasefire, but not all terms of the ceasefire have been met – a sign of continued mistrust on both sides and internal fractures within both camps.

The new government may make it harder to bridge the east-west divide, said analyst Jalel Harchaoui of the Clingendael Institute.

Though born in the east, Menfi is seen as close politically to the current Tripoli government leadership and without strong ties to Haftar or other eastern leaders, he added.

Some Libyans have been critical of a process which they view as being managed from abroad and which they fear will allow existing powermongers to cling to their influence.

“It’s just a painkiller to portray Libya as stable for a while. But war and tension will certainly come back sooner or later so long as militias have power,” said Abdulatif al-Zorgani, a 45-year old state employee in Tripoli.

Turkey, which backed the Tripoli government, and the United Arab Emirates and Egypt, which have supported Haftar, publicly welcomed the new government.

Image: A staff shows the empty ballot box after delegates voted for the election of a new interim government for Libya during the Libyan Political Dialogue Forum in Chavannes-de-Bogis near Geneva, Switzerland, February 5, 2021. U.N. Photo/Handout via REUTERS

These were the details of the news New Libya interim government agreed in UN talks for this day. We hope that we have succeeded by giving you the full details and information. To follow all our news, you can subscribe to the alerts system or to one of our different systems to provide you with all that is new.