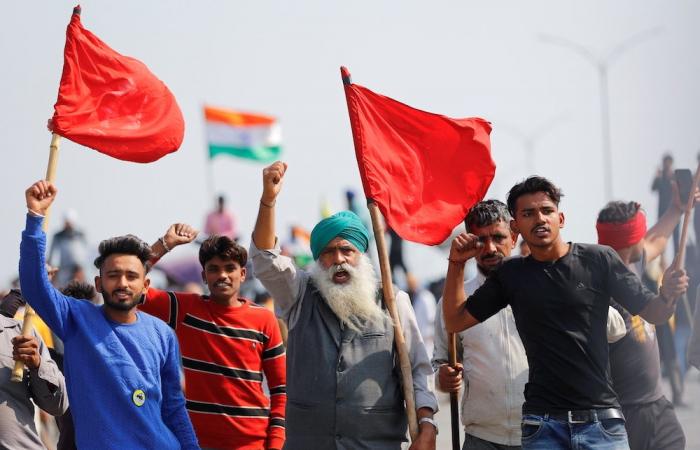 Ten metro stations were closed in central New Delhi — where a tractor rally last month turned into a violent rampage — and thousands of police manned barricades and roadblocks at key intersections.

Farmers unions called for protest roadblocks across the country in the latest day of action. Media reported isolated farmers and their supporters occupying roads and toll booths in several states but no trouble.

Tens of thousands of farmers have been camping on the outskirts of Delhi since November calling for a repeal of the reforms that free up farm produce markets.

The farmers say the changes mean the crucial agriculture industry will be taken over by major conglomerates.

After the troubles in the capital on January 26, farmers unions had vowed that any new action would be peaceful.

Outside of Delhi major police deployments were ordered in the key farm states of Uttar Pradesh, Haryana and Punjab.

“There is an adequate deployment of force at sensitive locations” around Delhi, Uttar Pradesh police spokesman Atul Srivastava told AFP. ”We will ensure there is no law and order issue.” — AFP

These were the details of the news Huge police deployment counters Indian farmers protests for this day. We hope that we have succeeded by giving you the full details and information. To follow all our news, you can subscribe to the alerts system or to one of our different systems to provide you with all that is new.