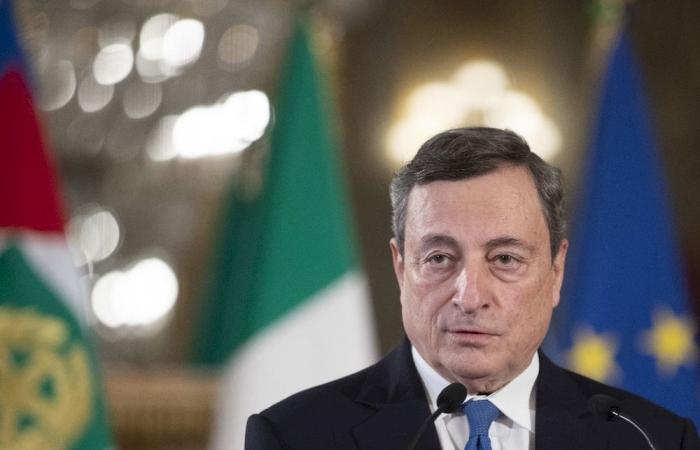 ROME, Feb 6 ― Former European Central Bank chief Mario Draghi will today wrap up a first round of talks aimed at forming a new Italian government, hoping to drag the country out of its economic and Covid-19 crises.

So far the centre-left Democratic Party (PD) and the small Italia Viva outfit of centrist former premier Matteo Renzi ― the man behind the collapse of the last government ― have promised support, as well as Silvio Berlusconi’s centre-right Forza Italia (FI).

But the economist will need backing from bigger parties, possibly including the far-right League led by Matteo Salvini, to build a governing majority.

Time is ticking as Italy must present plans for how it will spend around €200 billion (RM980 billion) from the EU’s pandemic recovery fund ― the largest share for any single country ― by the end of April.

Draghi ‘already has the confidence of Europe and the markets. Soon he will receive parliament’s confidence,” daily Il Corriere della Sera predicted.

“The question has somewhat shifted from ‘if’ Draghi could form a government to ‘how’ this government will be constituted, meaning which parties will be part of the coalition.”

Boasting the largest numbers of MPs, the decisive answers will come from the League and the anti-establishment Five Star Movement (M5S).

With its roughly one-third of MPs and senators, M5S had backed Conte to the hilt.

But saying he had always worked “for the good of the country,” Conte on Thursday promised not to be an “obstacle” to Draghi and wished him “good luck!”

The League will have to overcome its reluctance to work with the PD and possible reservations about Draghi personally.

The former central banker personifies a European elite that the nationalist, anti-immigration party and its counterparts across the bloc love to hate.

But League leader Matteo Salvini, who served under Conte as interior minister from 2018-19, said he would be ready to return to the cabinet table.

He appears likely to push through backing a Draghi-led government even at the risk of grumbling in his party ranks.

After finishing his first round of talks with politicians today, Draghi will meet civil society groups like unions on Monday before tackling the parties again later next week.

While the wrangling goes on, the European Union’s third-largest economy is ailing from the effects of coronavirus after shrinking 8.9 per cent last year ― one of the sharpest drops in the eurozone single-currency area.

A harsh lockdown in March and April brought activity to a near-standstill after Italy became the first European nation to suffer a coronavirus wave.

So far Italy has recorded more than 90,000 Covid-19 deaths ― the second-highest toll after Britain ―  and 2.6 million cases.

The more contagious British coronavirus variant has also been detected in some people testing positive.

If Draghi fails to secure a parliamentary majority or loses MPs’ backing after taking office, Italy could hold early elections.

But Mattarella, who would make such a call, said Tuesday that he wanted to avoid going to the polls while the country suffers through its health and economic shocks. ― AFP

These were the details of the news Key players rally behind Draghi in Italy government talks for this day. We hope that we have succeeded by giving you the full details and information. To follow all our news, you can subscribe to the alerts system or to one of our different systems to provide you with all that is new.