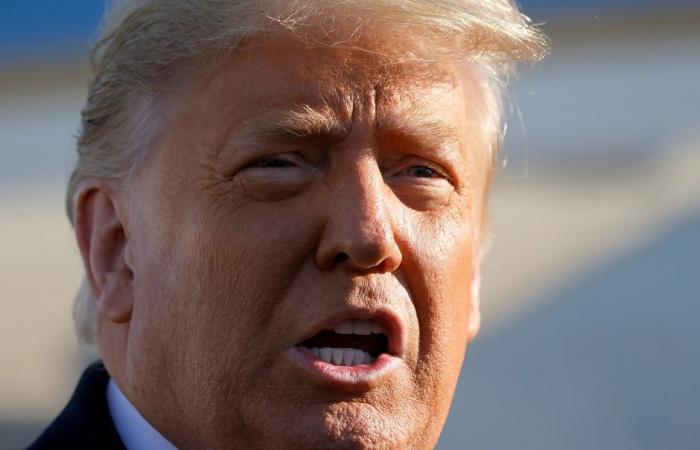 Hello and welcome to the details of In CBS interview, Biden says Trump should not receive intelligence briefings and now with the details

WASHINGTON, Feb 6 ― US President Joe Biden does not believe his predecessor Donald Trump should have access to intelligence briefings because of his “erratic behaviour” and the concern he might share information, the Democrat said in an interview yesterday.

“I think not,” Biden said when asked by CBS Evening News anchor Norah O'Donnell if Trump, a Republican, should get the briefings.

Former US presidents traditionally receive some intelligence briefings even after they have left office.

Trump frequently denigrated the intelligence community and was not known for taking long briefings during his White House tenure. He also called into question US intelligence that showed Russia had intervened in the 2016 election.

The Republican is facing his second impeachment trial next week, this time charged with sparking an insurrection at the Capitol by calling on people to “fight” the results of the November 3 election that he lost.

Biden said his view that Trump should not receive the briefings was not connected to the Capitol riots.

“Because of his erratic behaviour unrelated to the insurrection,” Biden said, describing his reasoning.

Asked what his biggest concern would be if Trump received such classified information, Biden demurred.

The White House had said previously that the issue was under review.

Trump spent the months after the election fighting the results in court and making baseless allegations of widespread fraud. He did not attend Biden's January 20 inauguration with other former US presidents, flying instead to Florida where he has set up his post-presidential office. ― Reuters

These were the details of the news In CBS interview, Biden says Trump should not receive intelligence briefings for this day. We hope that we have succeeded by giving you the full details and information. To follow all our news, you can subscribe to the alerts system or to one of our different systems to provide you with all that is new.

PREV Blinken calls Jordanian, Tunisian foreign ministers in bid to de-escalate hostilities in Gaza and Israel
NEXT Working for 55 hours or more in a week health hazard: WHO