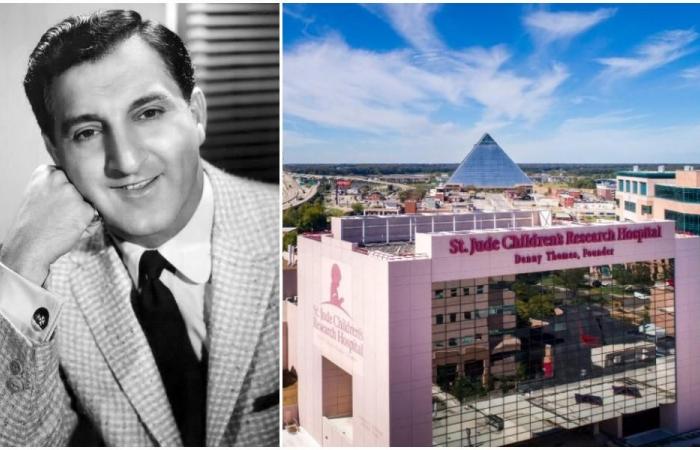 The late Lebanese-American entertainer and comedian Danny Thomas founded St. Jude to help treat and research children’s catastrophic diseases, including cancer. Thomas’ vision for St. Jude was that it would treat sick children regardless of ethnicity, background or ability to pay. In addition to providing free treatment, the hospital also provides transportation, food, and accommodation to its young patients and their families.

Thomas, the star of a long-running sitcom, used his public profile to enlist support from numerous individuals throughout the Fifties and Sixties, but focused particularly on the Arab-American community, around 100 of whom established a community organization in 1957 to support the hospital and Thomas’ mission. That organization later became the American Lebanese Syrian Associated Charities (ALSAC), which has been responsible for all the hospital’s fundraising efforts, running benefits and solicitation drives among Americans of all ethnic, religious and racial backgrounds.

The hospital opened on Feb. 4, 1962, so Thursday was its annual Founders Day event, which this year took place virtually under the title “Yalla, Together for St. Jude.”

News anchor and journalist Tamsen Fadal hosted the Zoom-based event and introduced performances by a number of Arab-American musicians including Raneem Imam, Amine Hachem, Matt Mardini and Cyril Nehme, all of whom called on viewers to donate to St. Jude.

One of St. Jude’s original backers was the late Jim Maloof, a three-term mayor of the city of Peoria. His son Nick Maloof Sr. spoke at Thursday’s event, as did Danny Thomas’ daughter Marlo, an actress best-known for her role in the Sixties sitcom “That Girl.” She expressed her pride in the work the hospital has done to treat children from all over the world at no cost to their families, and recalled her father’s pride in his roots, saying he would often repeat the Arabic saying: “He who denies his heritage has no heritage.”

One of St. Jude’s many beneficiaries also spoke at the event —  a Syrian refugee named Hussam, whose son Farouk was diagnosed with eye cancer but was unable to afford treatment in the Middle East. The hospital provided free treatment and Farouk recovered.

Building on its founder’s mission, St. Jude has partnered with medical facilities in 24 countries to date, including China, Brazil, Mexico, Lebanon and Jordan. In Lebanon, St. Jude established the Children’s Cancer Center of Lebanon at the American University of Beirut Medical Center in 2002.

Another long-standing regional partner is the King Hussein Cancer Center (KHCC) in Amman. St. Jude has recently begun a program for displaced and refugee children with cancer there.

Dr. Asem Mansour, CEO and director general of KHCC told Arab News: “Every year we send one of our doctors to do a fellowship at St. Jude to increase our expertise and knowledge base in pediatric cancer care.”

These were the details of the news Arab-American celebs help raise money for US children’s hospital for this day. We hope that we have succeeded by giving you the full details and information. To follow all our news, you can subscribe to the alerts system or to one of our different systems to provide you with all that is new.

NEXT Fireworks explode in Armenian mall, killing one and injuring 45, say reports