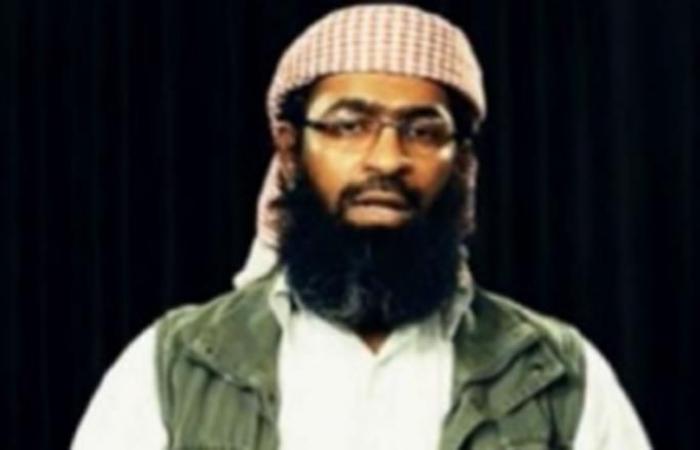 You are now following the details of the Al Qaeda’s leader in Yemen under arrest, UN report reveals news and now we leave you with the details

Mohamed Nass - Cairo - The leader of al Qaeda’s affiliate in Yemen has been under arrest for several months, the United Nations disclosed Thursday in a development that may have opened up a goldmine of information for counterterrorism agencies in their campaign against the global al Qaeda network.

According to the UN, the leader of al Qaeda in the Arabian Peninsula (AQAP), Khalid Batarfi, was arrested and his number two, Saad Atef al Awlaqi, died during an “operation in Ghayda City, Al-Mahrah Governorate, in October.”

This is the first time Batarfi’s arrest has been officially confirmed. The UN provided no further details about the operation or on Batarfi’s current whereabouts. In early October, the SITE Intelligence Group drew attention to “unconfirmed reports” indicating Batarfi had been arrested by Yemeni security forces in the Mahra Governorate and then handed over to Saudi Arabia.

Batarfi’s arrest was disclosed in a wide-ranging report to the United Nations Security Council by UN monitors tracking the global jihadi terrorist threat, which also warned of a potential surge in ISIS terrorist attacks as Covid-19 restrictions are eased.

Batarfi became the leader of AQAP in early 2020 after his predecessor was killed in a US airstrike. Batarfi, who is in his early 40s, is from a Yemeni family but was born in Riyadh, Saudi Arabia. He trained with al Qaeda in Afghanistan before 9/11 and later joined al Qaeda’s affiliate in Yemen. Batarfi became a key ideologue for the group and, according to the UN, helped oversee its external operations before he became leader.

The fact that Batarfi allowed himself to be captured alive during the raid rather than securing “martyrdom” like Osama bin Laden will be a major embarrassment to al Qaeda. In his inaugural address as AQAP leader last March, Batarfi stated that “as per our methodology, the martyrdom of leaders is proof of its truthfulness, and it is a badge of honor adorned by these leaders,” according to a translation by the SITE Intelligence Group.

Given Batarfi was the “emir” of one of al Qaeda’s key regional affiliates, there has arguably not been a more senior al Qaeda leader captured alive since bin Laden founded the group more than 30 years ago. Despite putting out statements on other matters in recent months, AQAP has not acknowledged Batarfi’s arrest.

The loss of Batarfi is the latest in a string of setbacks for AQAP. In February 2020, the US government announced that Batarfi’s predecessor Qassim al-Rimi had been killed in an airstrike in Yemen. That followed a deadly shooting attack in December 2019 at Naval Air Station Pensacola by a Saudi air force officer who was coordinating with AQAP, according to the US Justice department.

“In addition to leadership losses, AQAP is suffering an erosion of its ranks caused by dissentions and desertions,” and was forced to disperse from Bayda Governorate after a significant military defeat, the UN report states.

It states that the global al Qaeda network “faces a new and pressing challenge concerning its leadership and strategic direction, following an exceptional period of attrition of its senior leaders” in Afghanistan, Mali, Somalia, Yemen and Syria’s Idlib province.

The report stated that no member state had been able to confirm reports of the death from natural causes of al Qaeda’s leader Ayman al-Zawahiri in October. Last month the US government publicly confirmed reports that his deputy Abu Muhammad al-Masri had been killed in Iran in August.

The UN report suggests the likely next in line to take over from al-Zawahiri is Saif al-Adel, a veteran Egyptian al Qaeda operative who like al-Masri is believed to have long resided in Iran.

The report states: “Should a succession to al-Zawahiri become necessary, it may be difficult for the new leader to take up residence in Afghanistan, as such a move could have an impact on the interests of the Taliban, given their peace process obligations. Al-Qaida is expected by Member States to overcome these challenges, but it is not clear whether it will ultimately emerge stronger, under a more dynamic leadership, or indeed where its leaders will ultimately find a safe haven from which to operate.”

In its wide-ranging assessment of the global jihadist threat, the UN report warns that as coronavirus restrictions are eased, “a rash of pre-planned attacks may occur” because ISIS is determined to make global news headlines once again.

The UN report notes that ISIS has enjoyed a “captive audience” among Islamist extremists cooped up indoors and spending more time online during the pandemic, potentially creating an accumulated threat.

Between September and November last year, jihadis carried out a spate of terror attacks in France, Germany, Austria and Switzerland, underlining the enduring threat to Europe. Some of the attackers may have been motivated to act before it became more difficult to target people congregating in public.

A deadly terrorist stabbing attack in a church in Nice, France, in late October and a deadly marauding gun attack in the center of Vienna, Austria, in early November were carried out just hours before nationwide coronavirus lockdowns were due to go into effect in France and Austria.

According to the report, one jihadi network in Europe causing concern is the so-called ” ‘Lions of the Balkans’, an international network composed of elements based in at least Austria, Germany, Switzerland and western Balkan countries.”

According to the UN, both the Vienna attacker and one of those arrested in connection with an ISIS plot to attack US and NATO military bases in Germany thwarted by German police last April were linked to this network, as were three jihadis arrested in September in North Macedonia “detected to be involved in the final planning stage of a terrorist attack.”

The report warns that “[t]he economic and political toll of the pandemic, its aggravation of underlying drivers of violent extremism and its expected impact on counter-terrorism efforts are likely to increase the long-term [jihadist terror] threat everywhere.”

The UN monitors assessed that “in conflict zones, where restrictions on movement and gatherings are difficult or impossible to enforce, and where foreign terrorist fighters have continued to travel freely, threat levels have increased,” with the pandemic weakening “the hand of governments in conflict zones more than it has inhibited terrorist groups.” The report warned that the pandemic’s “long-term impact on economies, government resources and allocations for international cooperation risks aggravating the threat further.”

According to the report, an estimated 10,000 ISIS fighters continue to wage a “sustained insurgency”in Syria and Iraq. The report says that although the majority of these fighters are reported to be in Iraq, pressure by Iraqi security forces is making the country more difficult for [ISIS] operations in comparison with” Syria.

Outside the former “caliphate,” the UN report singles out ISIS’s seizure of significant territory along the northern Mozambique coastline and its projection of violence into Tanzania as of great concern. According to the report, ISIS fighters still hold the Mozambique port of Mocimboa da Praia, “despite a sustained military offensive from government forces.”

The report presents evidence of ISIS cooperating throughout the wider region, with some member states observing “operatives in Mozambique and the Democratic Republic of the Congo had received reinforcement of trainers, tactical strategists and financial support remitted from the [ISIS] core through [ISIS] networks and enablers in Somalia and other East African countries.”

These were the details of the news Al Qaeda’s leader in Yemen under arrest, UN report reveals for this day. We hope that we have succeeded by giving you the full details and information. To follow all our news, you can subscribe to the alerts system or to one of our different systems to provide you with all that is new.