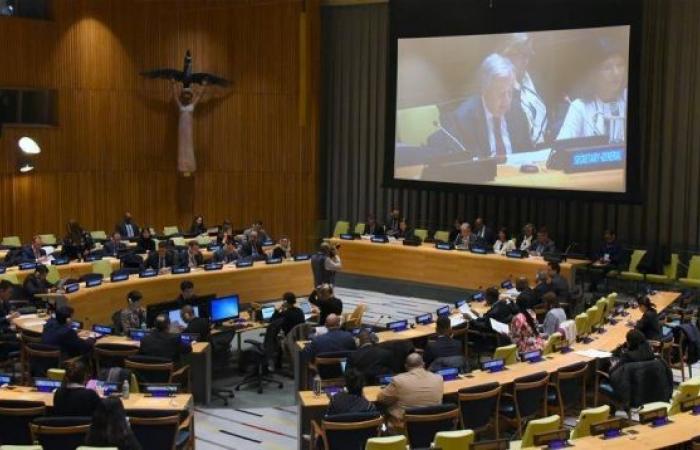 We show you our most important and recent visitors news details UN chief renews commitment to supporting Palestinians, Israelis to resolve conflict in the following article

Hind Al Soulia - Riyadh - NEW YORK — Secretary-General of the United Nations António Guterres said that the UN remains committed to supporting Palestinians and Israelis to resolve the conflict in pursuit of the vision of two States and the achievement of a permanent and just peace.

The UN Chief made the remarks as he addressed the opening session of the Committee on the Exercise of the Inalienable Rights of the Palestinian People (CEIRPP) on Thursday.

"The United Nations remains committed to supporting Palestinians and Israelis to resolve the conflict on the basis of United Nations resolutions, international law, and bilateral agreements and realizing the vision of two states — Israel and Palestine — living side by side in peace and security within recognized borders, on the basis of the pre-1967 lines," Guterres said.

Resolving the Israeli-Palestinian conflict remains key to sustainable peace in the Middle East as its persistence reverberates far beyond Israel and the occupied Palestinian territory, and continues to further radicalization across the region, Guterres noted.

"That is why we have been repeatedly raising alerts about actions that would erode the possibility of a viable and contiguous Palestinian state based on the two-state solution and that are contrary to international law and UN resolutions," he added.

Guterres called for attention to the human suffering that persists throughout the occupied Palestinian territory, including the plight of the two million Palestinians living in the Gaza Strip.

The UN chief presided over this year's first meeting of the committee, which was established by the UN General Assembly in 1975. — Agencies

These were the details of the news UN chief renews commitment to supporting Palestinians, Israelis to resolve conflict for this day. We hope that we have succeeded by giving you the full details and information. To follow all our news, you can subscribe to the alerts system or to one of our different systems to provide you with all that is new.